During the January-May period of this year, Turkey’s coking coal imports decreased by 18.3% to 2.09 million tons, while the revenue from these imports amounted to 761.31 million, up 126.1%, both year-on-year.

Turkey’s main coking coal import sources by country in January-May are shown in the table below: 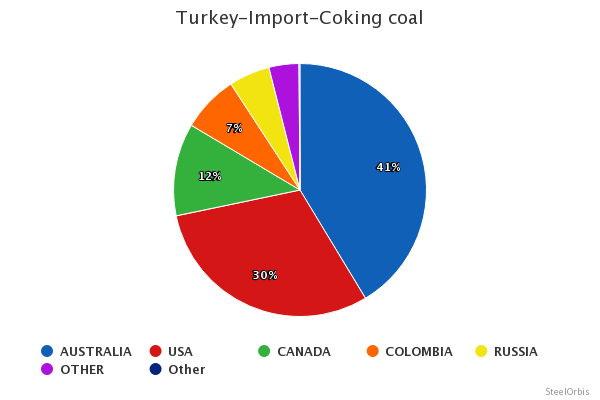