Turkey will take further steps to help the country’s exporters, including removing the security deposit requirement,
the restructuring of the Turkish Eximbank and the creation of a new exhibition center, President Recep Tayyip ErdoÄŸan announced on September 18.

“As our businessmen produce, export and create jobs, we can all look to the future with confidence,” ErdoÄŸan said during the Export Champions program of the Turkish Exporters’ Assembly (TIM) in the commercial capital Istanbul. .

ErdoÄŸan said an Export Development Fund will be established with contributions from exporters to help eliminate the need for exporters to make security deposits.

He also said that the country’s Eximbank will be restructured and strengthened.

ErdoÄŸan added that a new exhibition center will be established soon.

Turkey has reached the critical level of taking a 1% share of the global export pie, he said.

The growing share of high-tech exports in the country’s exports, the growing number of exporters with more than $ 1 billion in annual exports, and more and more jobs in exporting companies all show that Turkey is on the right track, he said.

Last year, despite the pandemic, Turkey showed a good performance, and the country is in a better position this year by reaching historic high monthly, quarterly, semi-annual and annual figures, he said.

He explained that in August, the country’s exports rose 52% year-on-year to the highest August figures in the republic’s history.

“I hope the country will also reach the export level of $ 20 billion in September,” he added. 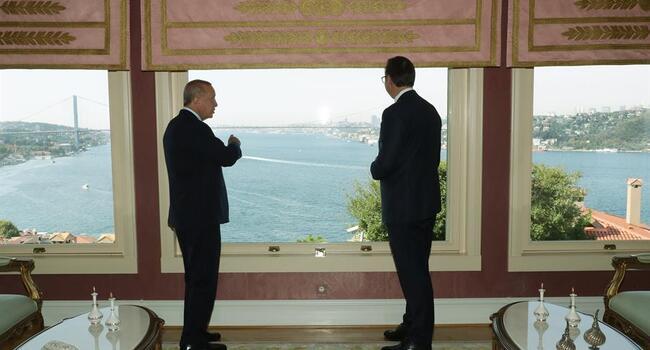