Earn cents: Friday July 9, City Manager Spencer cronk will present the fiscal year 2021-22 budget proposed to the mayor Steve adler and municipal Council at The community first! Town. The event will be broadcast on Facebook (fb.com/austintexasgov) and ATXN.TV, and broadcast on television on ATXN.

Oh Sh! T, Here We Go Again: Fasten your seatbelts, it’s gonna be a bumpy ride: The 87th Texas Legislature meets today (Thursday 8 July) for a special session. Among the govt. Greg AbbottLegislative priorities are the usual suspects that anger the Texas GOP: significant bail reform, trans Texan rights, and the cancellation of voting restrictions, among others. Read more.

Better late than never: like the the Chronicle went to press Wednesday, July 7 70% residents of Travis County 12 years and over has received at least one dose of a Covid-19 vaccine, according to Department of State Health Services The data. The milestone narrowly missed the so-called “Let’s stay togetherThe initiative’s goal to reach this percentage by July 4. The initiative now aims to reach 70% of residents fully vaccinated through Labor Day.

Petition in the streets: A group of residents, Austin bike, and Walk Austin organized a petition calling on the city to create a “Living streets“program that would allow residents to create their own traffic calming devices and “Healthy streets“measures, and to block the neighborhood streets to prevent through traffic to allow children to play.

ESD team n Â° 17: Mike howe, Mitchell jones, and Vicky Linsalata were appointed to sit on the first Council of Commissioners for the new Emergency Services District # 17. Approved by voters in May, ESD No.17 is superimposed on the existing ESD n Â° 2 served by the Pflugerville Fire Department and will provide ambulance services.

Stay away from the slopes: Metro of the capital will temporarily close its MetroRail Red Line Service July 10-18 to carry out track work / maintenance. MetroRail services will be unavailable during this period, except for special service to and from Stage Q2 Tuesday, July 13, for the Austin fc vs. UANL Tigers match.

Quote of the week 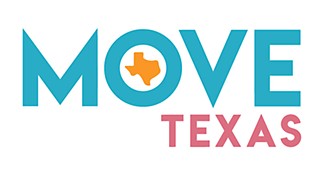 “You thought you have they finished shouting WTF @ #txlege? Not under their watch! “