National dailies are filled with reports of the Independent National Electoral Commission’s (INEC) pledge to remove underage voters from its lists ahead of the 2023 elections. 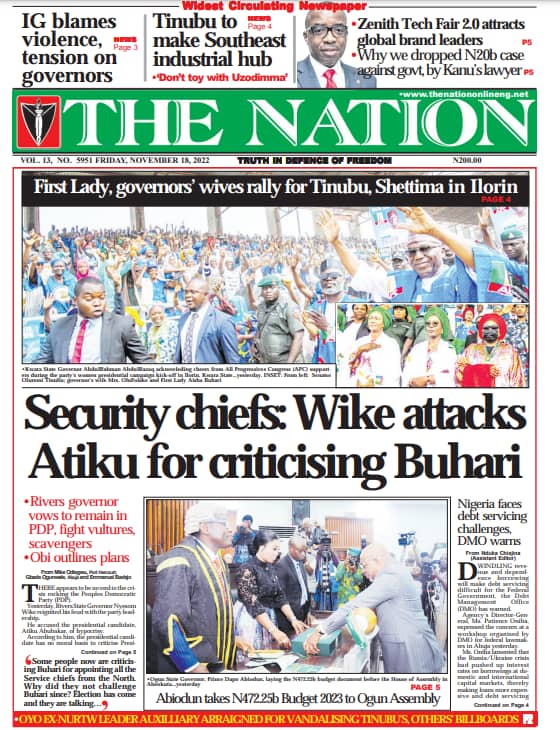 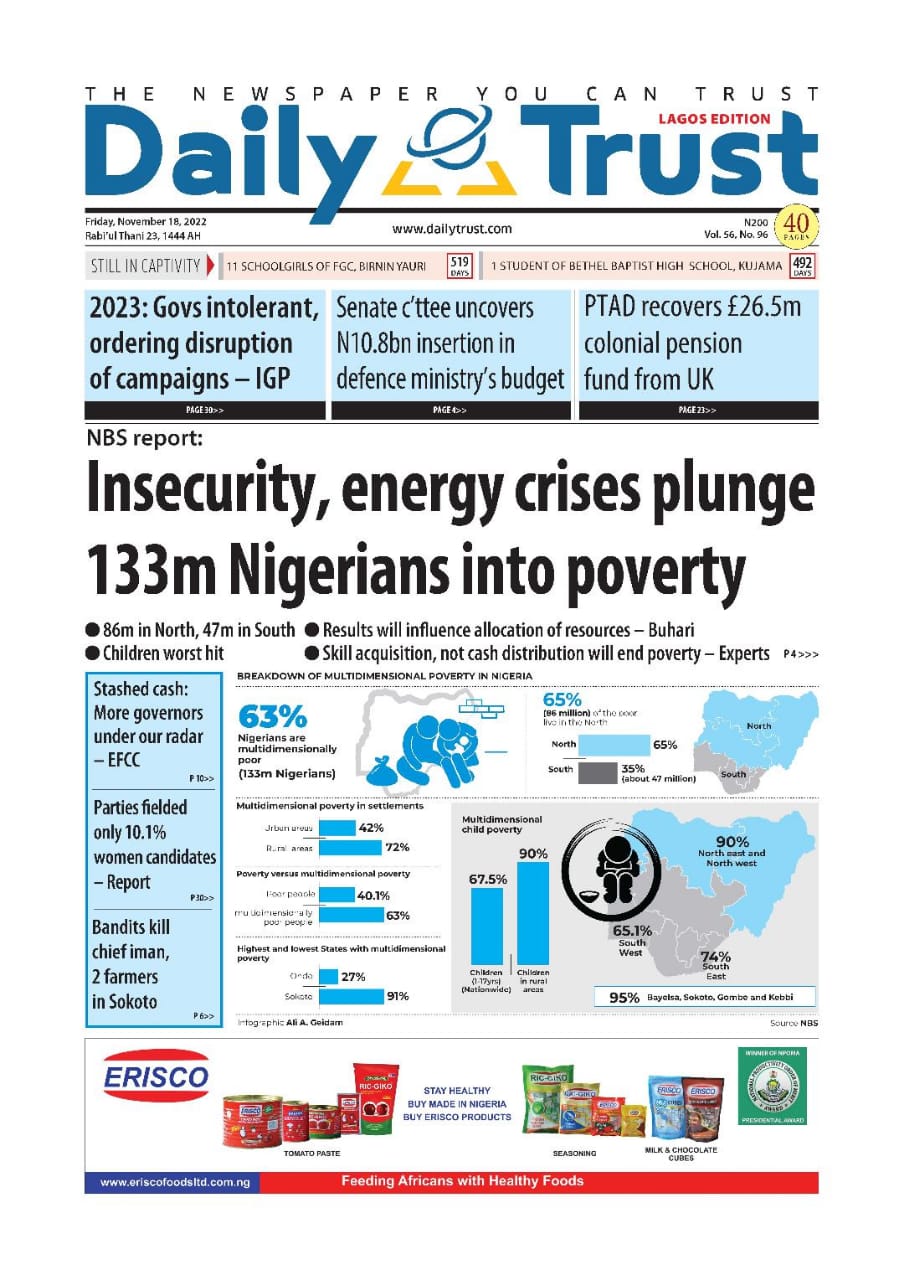 According to Daily Trust, insecurity and energy crises are pushing 133 million Nigerians into poverty. The newspaper reports that the IGP calls itself intolerant governors, ordering the suspension of campaigns. 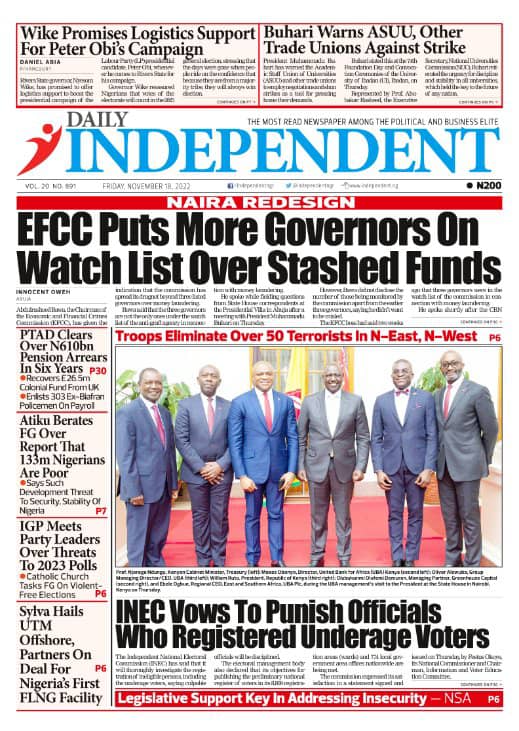 Daily Independent reports that troops have eliminated more than 50 terrorists in the northeast and northwest. The newspaper says INEC has pledged to punish officials who registered underage voters. 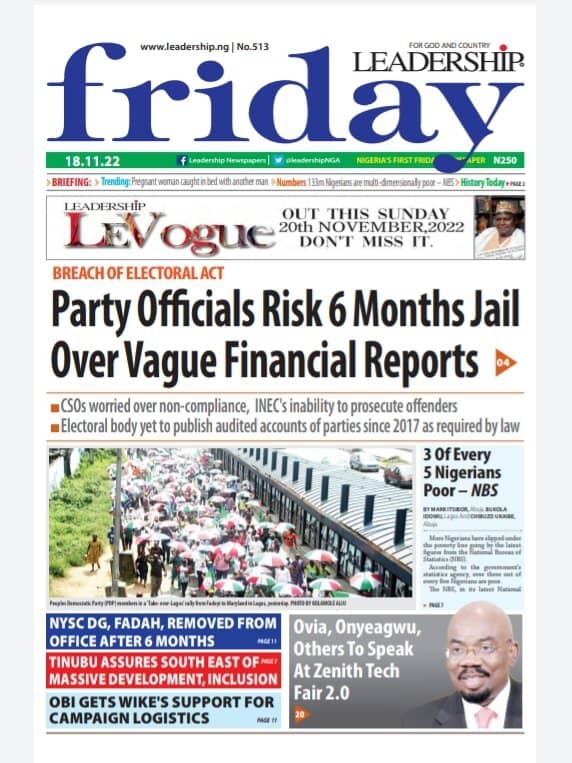 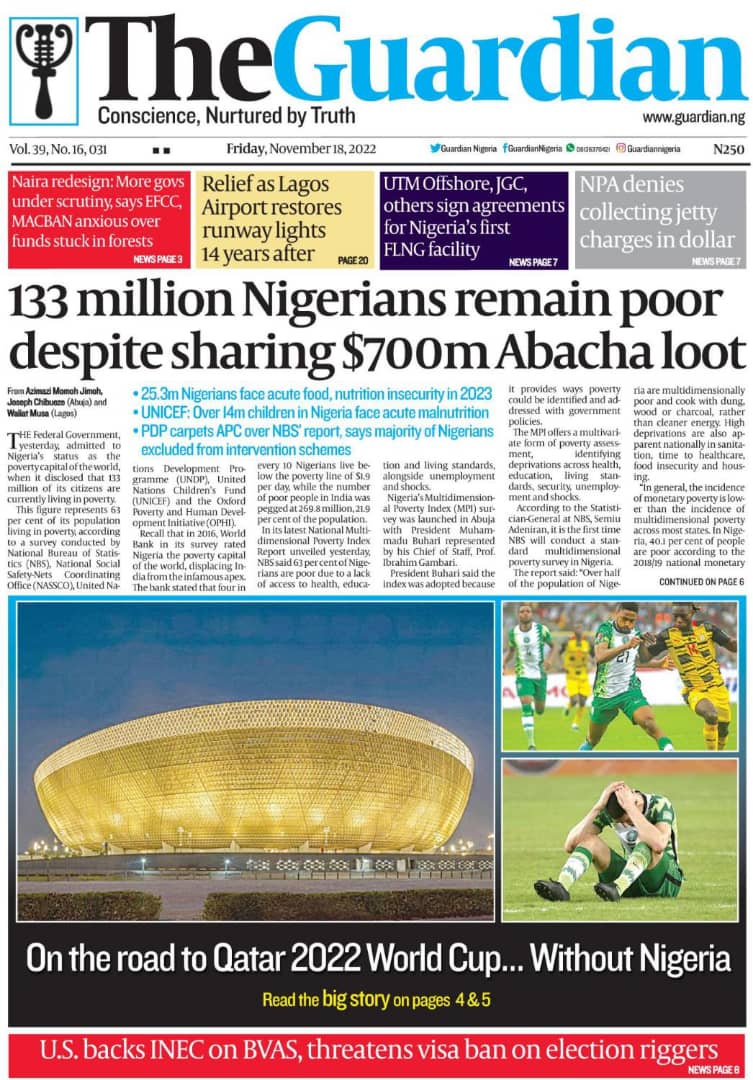 The Guardian says US supports INEC on BVAS and threatens to ban visas for election riggers. The newspaper reports that Lagos Airport has restored runway lights after 14 years. 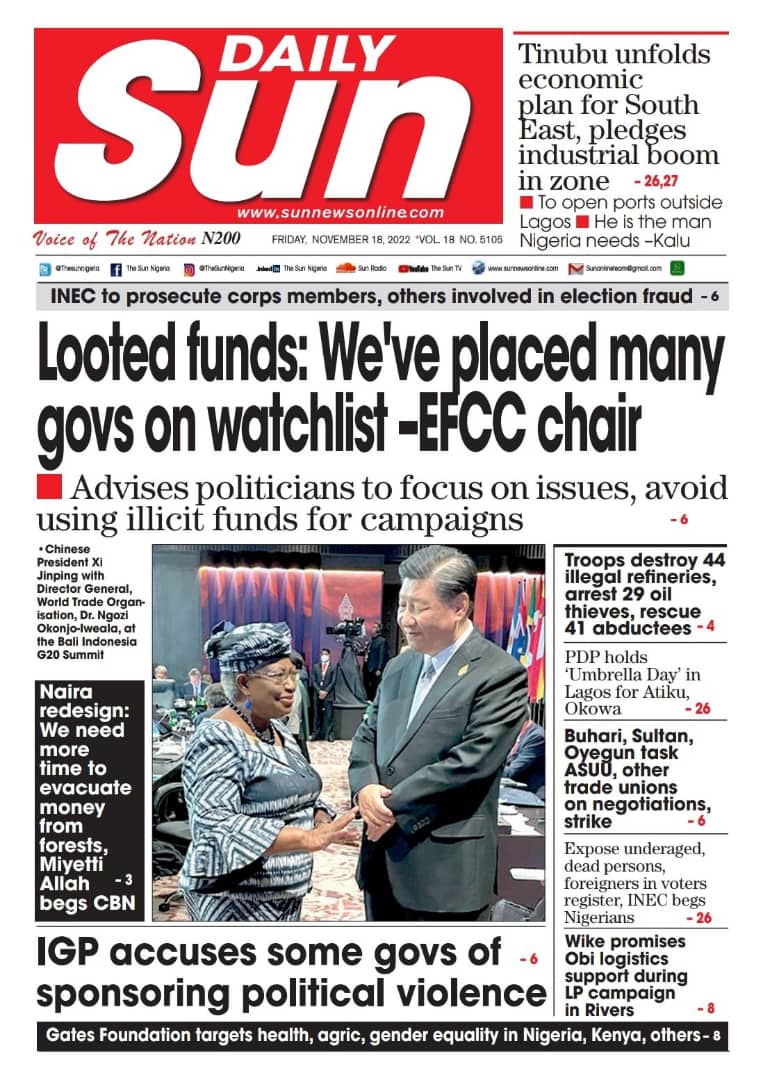