The diplomatic row between Nigeria and the United Arab Emirates (UAE) over travel restrictions has appeared on the cover pages of Nigerian newspapers.

The Punch reports that prominent Nigerians have criticized the federal government for growing insecurity in the country. The newspaper says the University Academic Staff Union (ASUU) has threatened that its next strike will be indefinite. 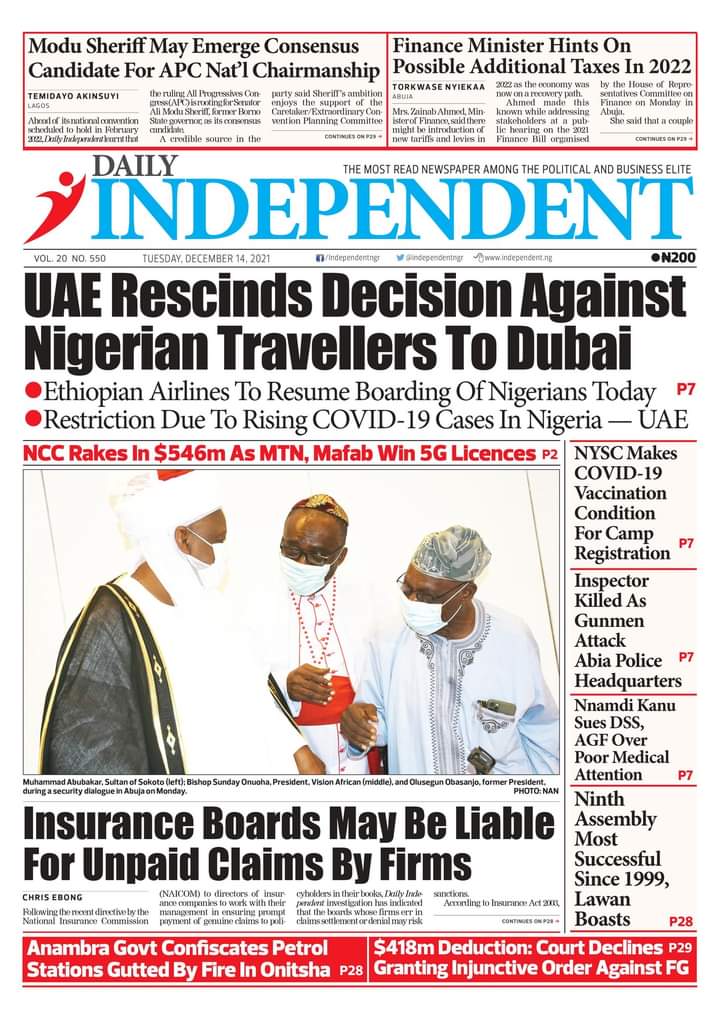 Daily Independent reports that the National Youth Service Corps (NYSC) leadership has made COVID-19 vaccination mandatory for camp registration. The federal government has hinted at possible additional taxes in 2022, according to the newspaper. 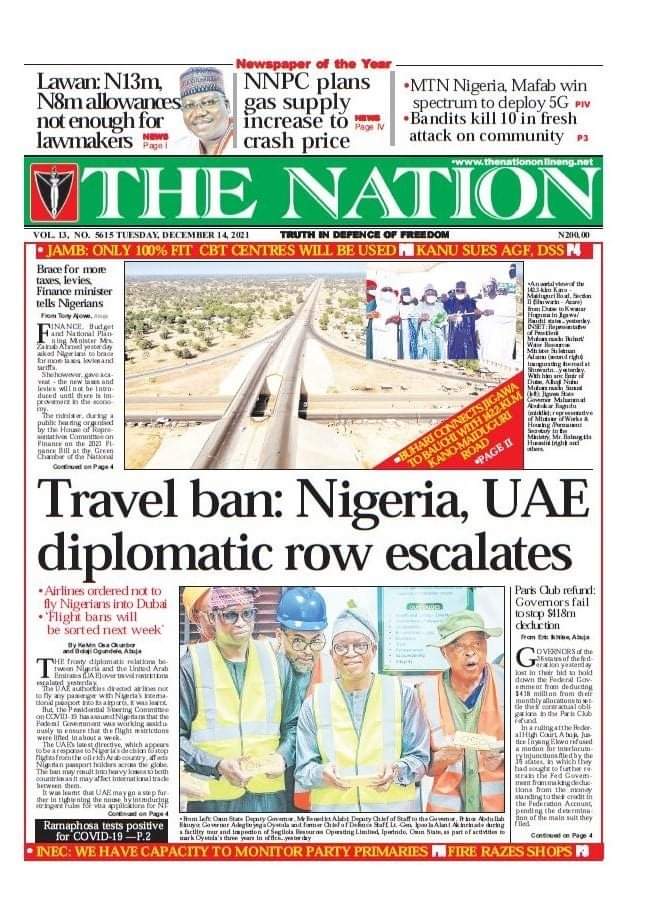 The Nation reports that frigid diplomatic ties between Nigeria and the United Arab Emirates (UAE) have intensified due to travel restrictions. The newspaper says the governors lost an offer to prevent the federal government from deducting $ 418 million from monthly allowances to settle contractual obligations in the Paris Club reimbursement. 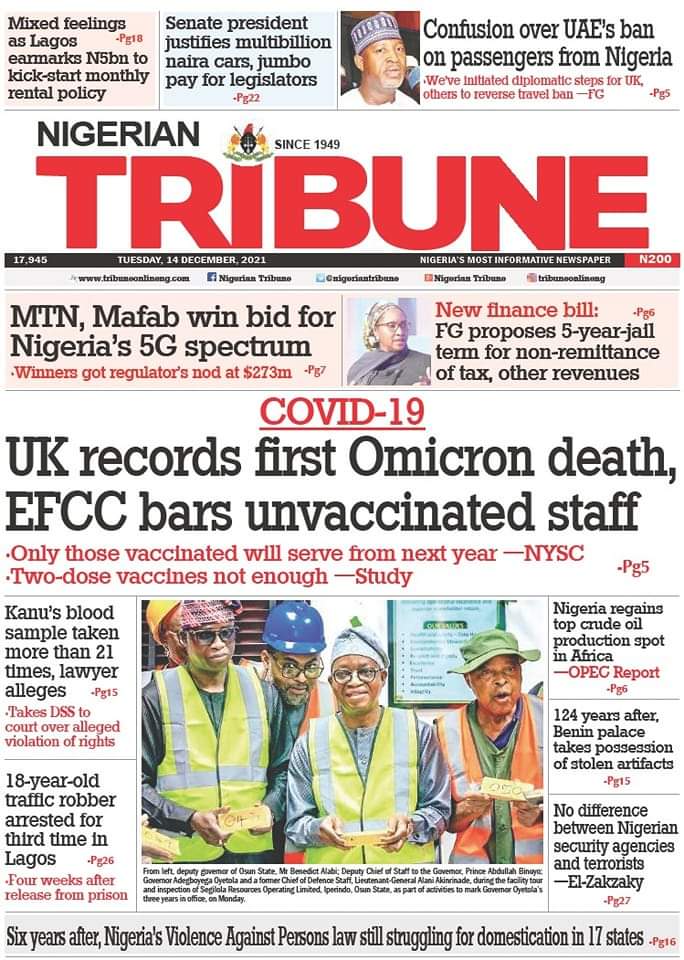 The Nigerian Tribune reports that the Economic and Financial Crimes Commission (EFCC) has banned unvaccinated staff from its headquarters in Abuja. MTN Nigeria and Mafab Communications Limited won the bid for Nigeria’s 5G spectrum, according to the newspaper. 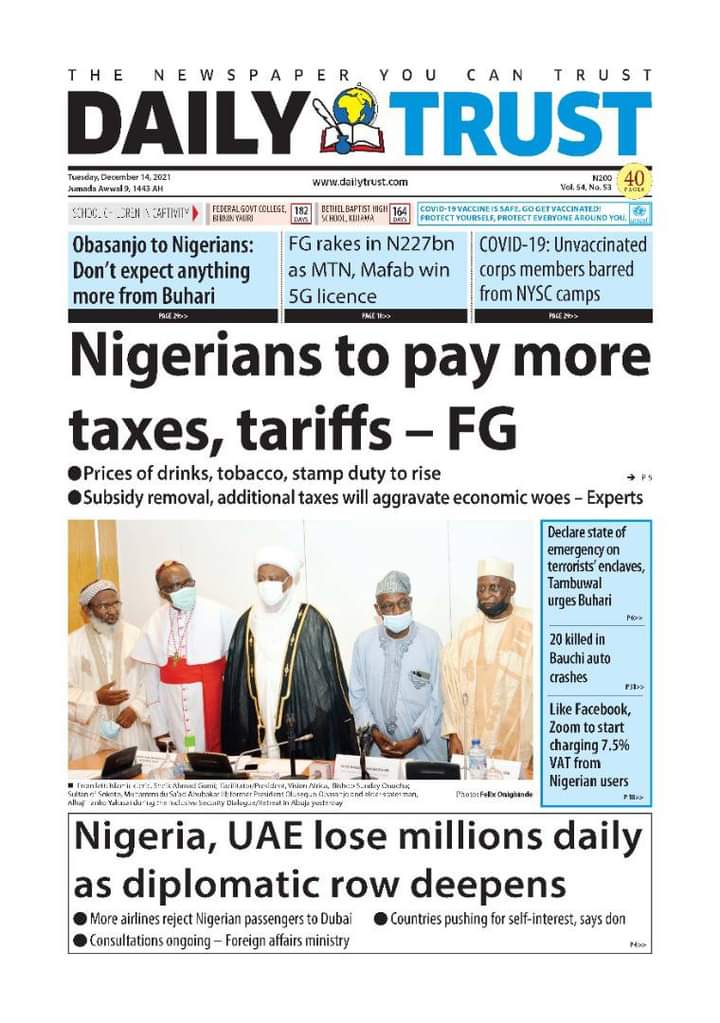 Daily Trust reports that Aminu Tambuwal, governor of Sokoto, has called on President Muhammadu Buhari to declare a state of emergency on the terrorist enclaves in the country. Former president Olusegun Obasanjo said Nigerians should no longer expect anything from Buhari, according to the newspaper.