The continued shortage of fuel across the country and how the Russian-Ukrainian war could affect the importation of oil into Nigeria appeared on the front pages of Nigerian newspapers.

The Punch reports that the fuel shortage may persist due to the ongoing war between Russia and Ukraine, as tanker ships entering Nigeria from the war-torn region and its adjacent areas are likely to experience some delay. . The newspaper claims that the National Assembly excluded the state police from the 1999 constitution amendment. 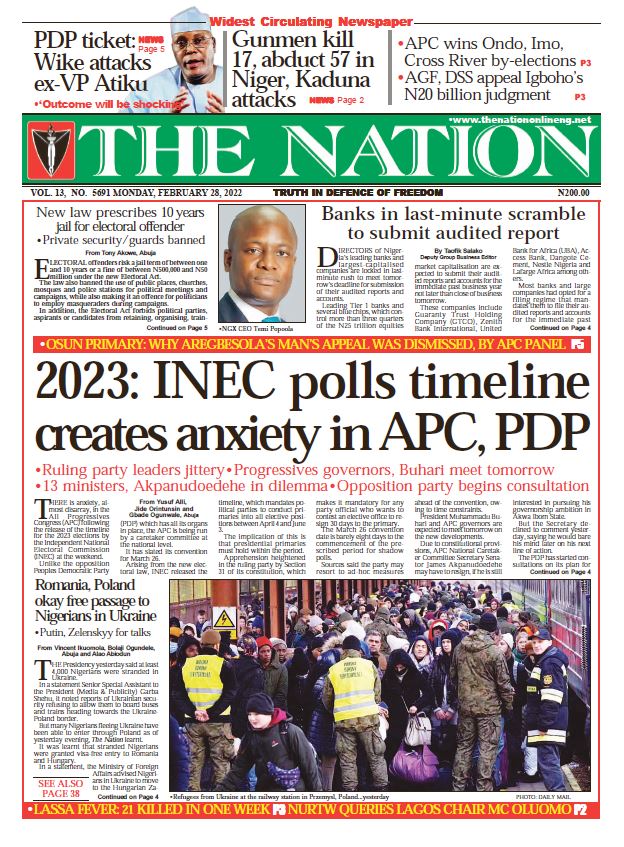 The Nation reports that the release of the 2023 election timetable by the Independent National Electoral Commission (INEC) has caused concern among the country’s major political parties. The newspaper reports that Romania and Hungary have granted Nigerians stranded in Ukraine visa-free access to their country. 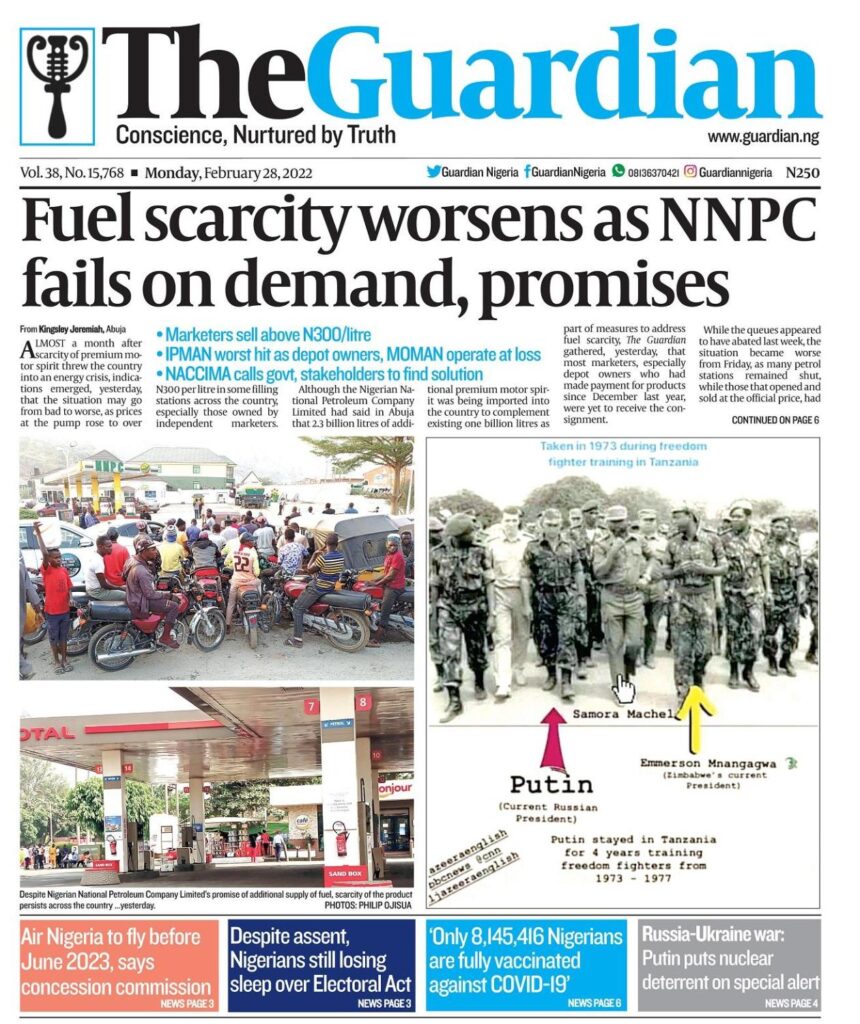 The Guardian claims that the Nigerian National Petroleum Company (NNPC) has failed in its demand and promises for gasoline supplies due to the continued fuel shortage in the country. The newspaper reports that the National Assembly has been asked not to modify Article 84 of the new electoral law of 2022 as requested by President Muhammadu Buhari. 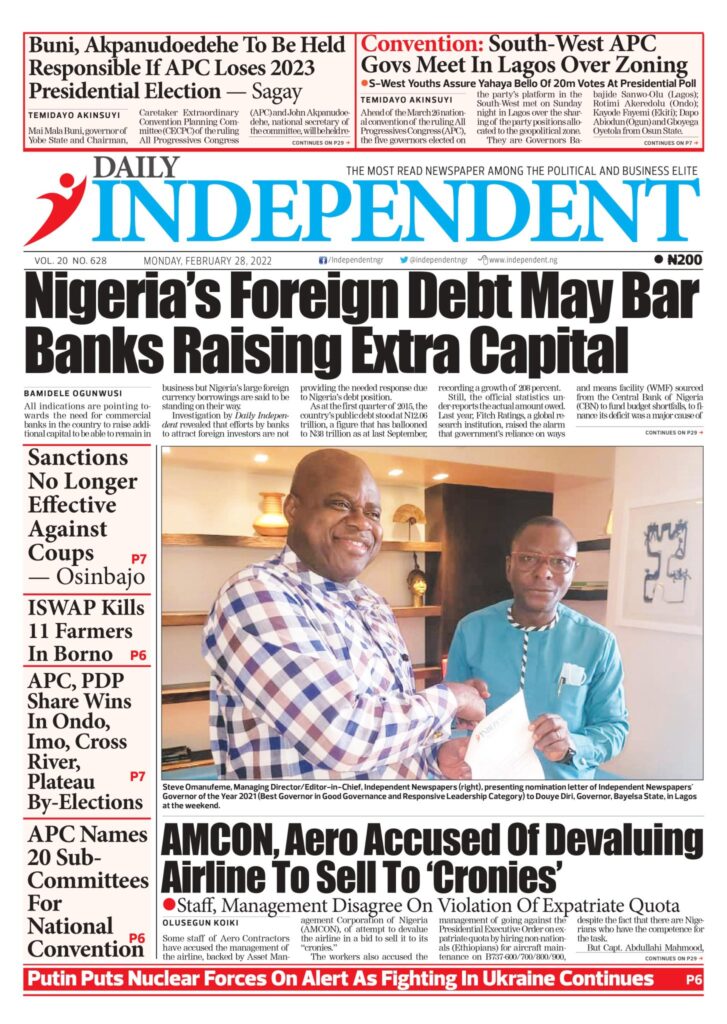 Daily Independent reports that Nigeria’s external debt could prevent commercial banks from raising additional capital to stay in business. Vice President Yemi Osinbajo said sanctions are no longer effective against coups in Africa, according to the newspaper. 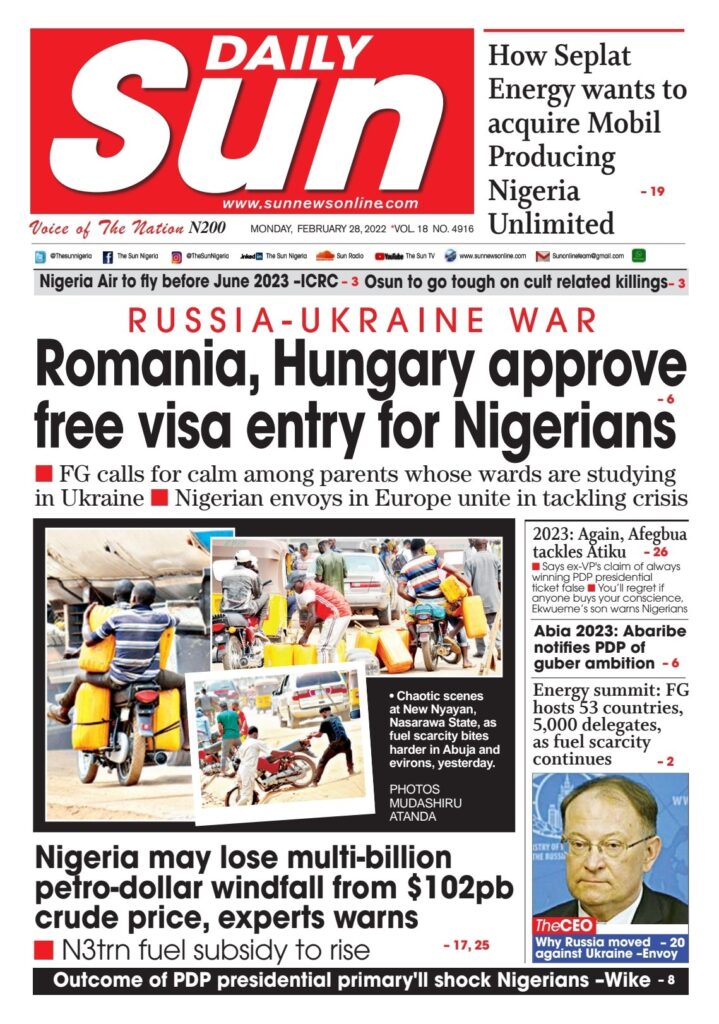 The Daily Sun reports that experts have warned Nigeria could lose billions of petrodollars due to recent crude oil price volatility. Rivers Governor Nyesom Wike said the result of the People’s Democratic Party (PDP) primary presidential election would shock Nigerians, according to the newspaper.