Questions about the planned removal of the petrol subsidy have appeared on the front pages of Nigerian newspapers.

The Punch reports that Abdulsalami Abubakar, former head of state, has warned the federal government against cutting gasoline subsidies. The newspaper reports that the House of Representatives has ordered an investigation into alleged missing police firearms. 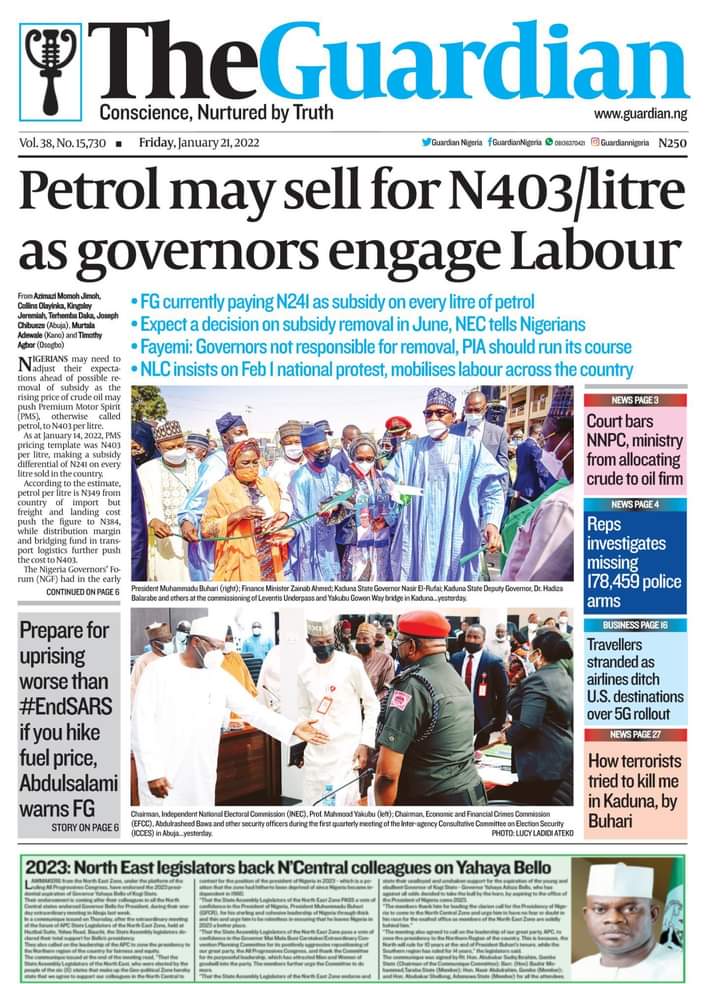 The Guardian reports that petrol could sell for 403 naira a liter after the planned removal of the fuel subsidy. The newspaper claims that President Muhammadu Buhari recounted how terrorists tried to kill him in the 2014 bombing that rocked Kaduna. 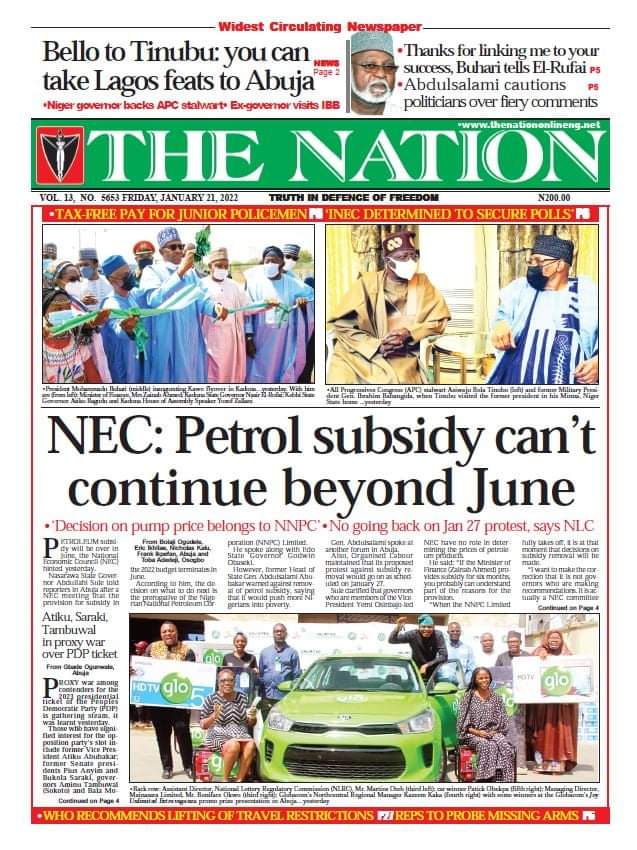 The Nation reports that the National Economic Council (NEC) has said the gasoline subsidy cannot continue beyond June 2022. The newspaper says the main contenders for the 2023 presidential ticket from the Peoples Democratic Party (PDP ) are at war by proxy. 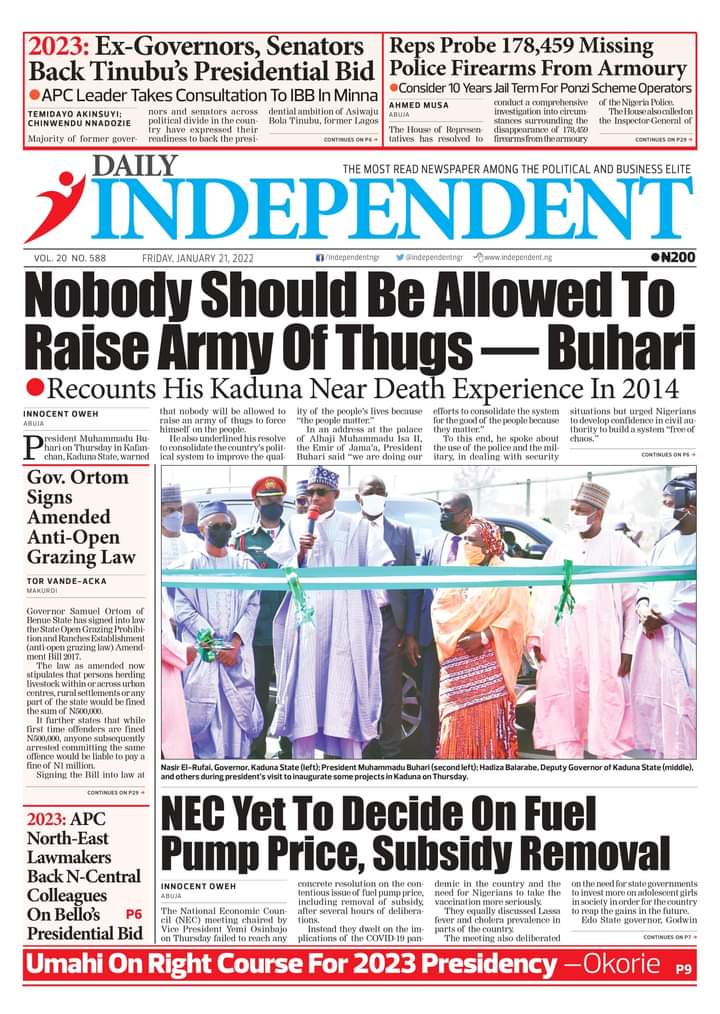 Daily Independent says Benue Governor Samuel Ortom has signed the state’s amended anti-grazing law. The newspaper reports that northeast lawmakers elected on the platform of the All Progressives Congress (APC) backed the 2023 presidential ambition of Yahaya Bello, governor of Kogi. 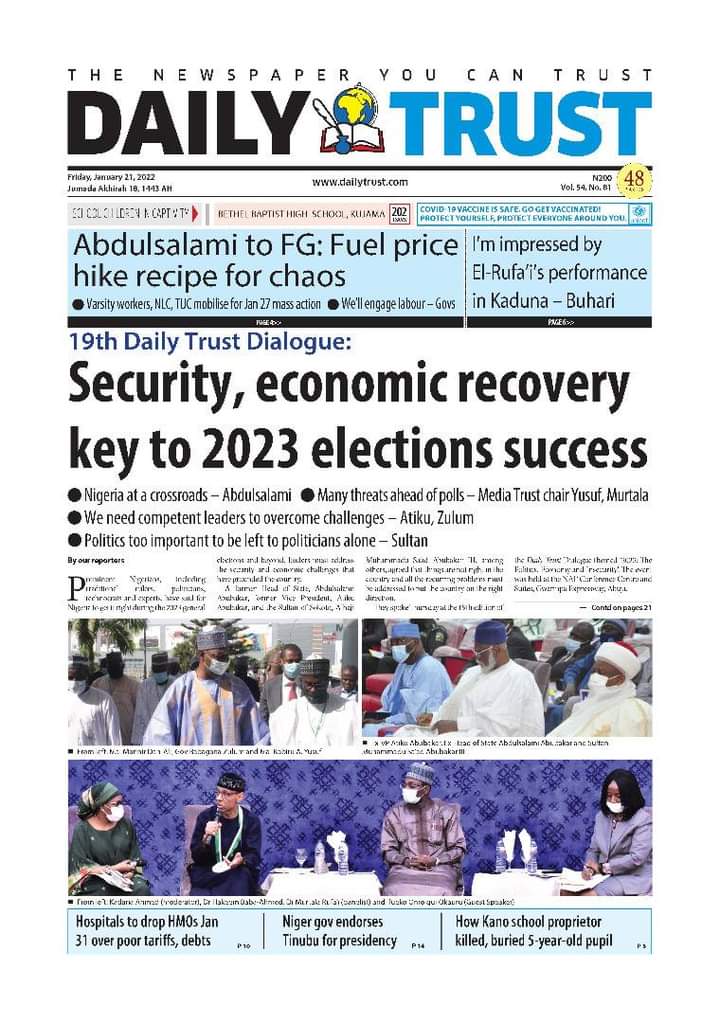 Bello, Governor of Niger, endorsed the 2023 presidential ambition of Bola Tinubu, an APC leader. The newspaper reports that a school owner in Kano killed and buried a five-year-old student.