The dismissal of David Umahi, governor of Ebonyi, and his deputy by a federal high court sitting in Abuja for defecting to the All Progressives Congress (APC) dominated the front pages.

The Punch reports that the Manufacturers Association of Nigeria (MAN) has said Nigerians should expect higher rates of inflation as the cost of diesel rises. Senate President Ahmad Lawan said the court could not stop the election law amendment, according to the newspaper. 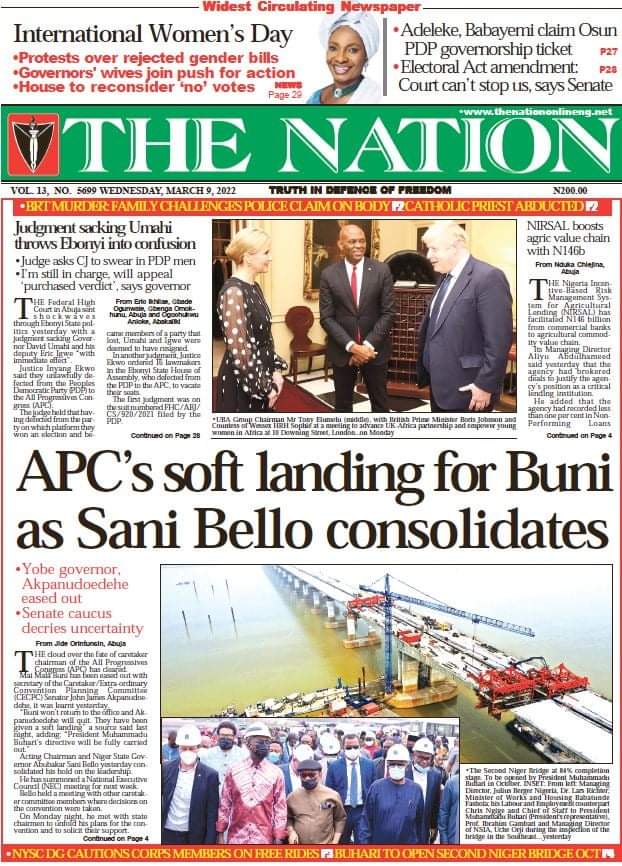 The Nation says the APC provided a soft landing for the removal of Mai Mala Buni, governor of Yobe, as the party’s interim president. The newspaper claims that the Federal High Court in Abuja has caused confusion in Ebonyi State with the verdict dismissing Umahi and his deputy. 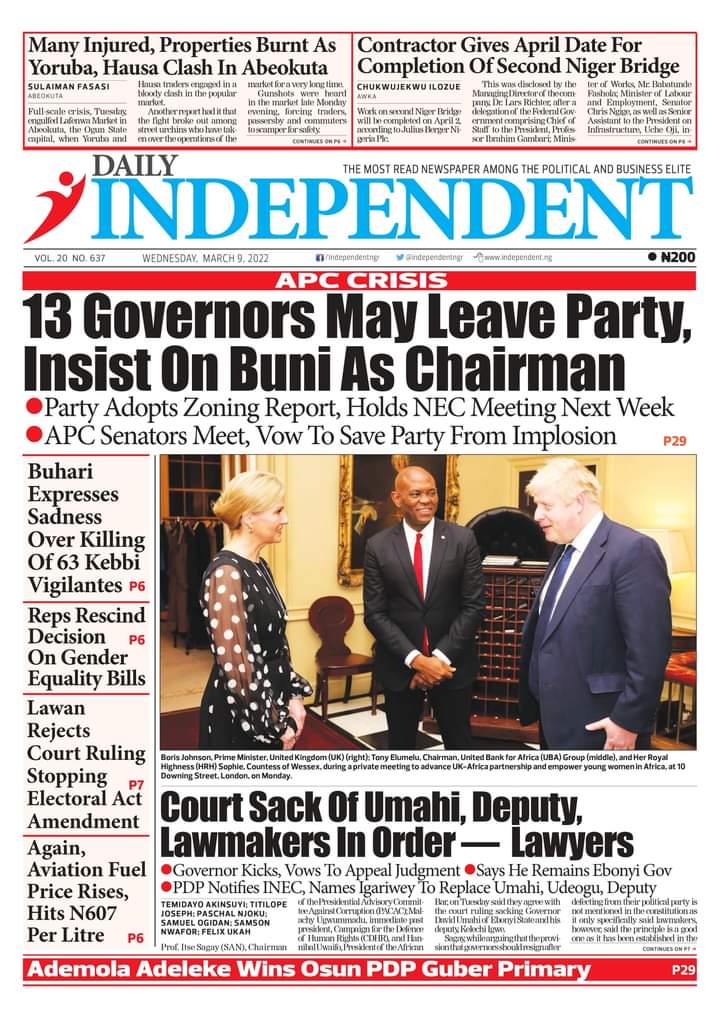 According to the Daily Independent, 13 governors could leave the APC due to Buni’s insistence on being the party’s interim president. The newspaper says the price of aviation fuel has risen to N607 per litre. 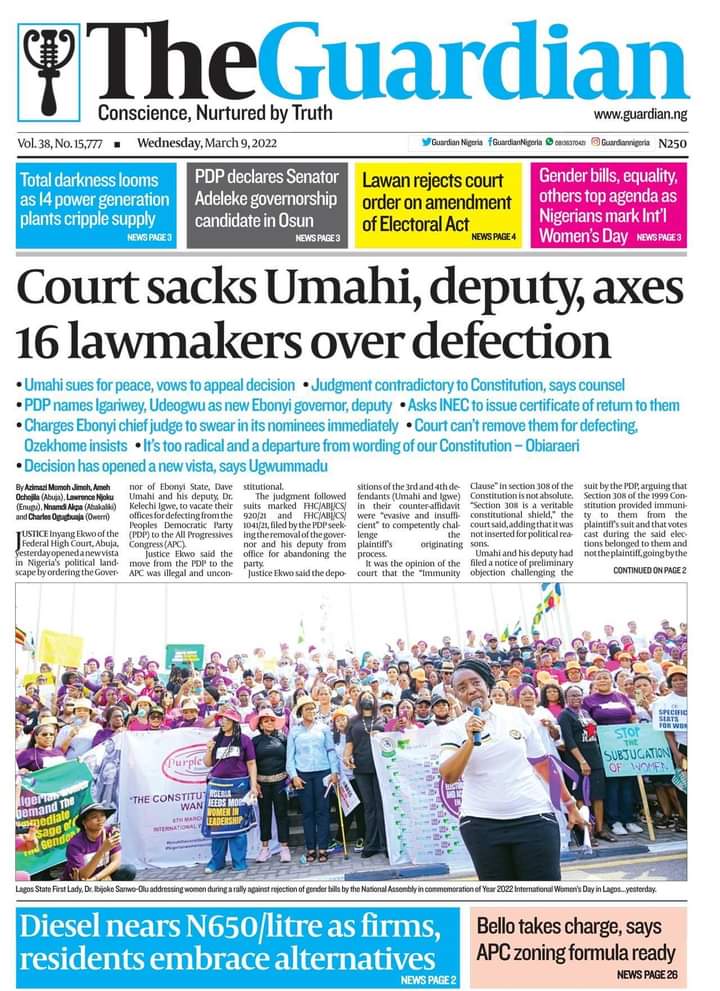 The Guardian reports that Ademola Adeleke, a former senator, has been declared the People’s Democratic Party (PDP) candidate for governor after winning the primary elections backed by the party’s national working committee. The newspaper said 14 power stations across the country are recording low output, resulting in low power supply in many parts of the country. 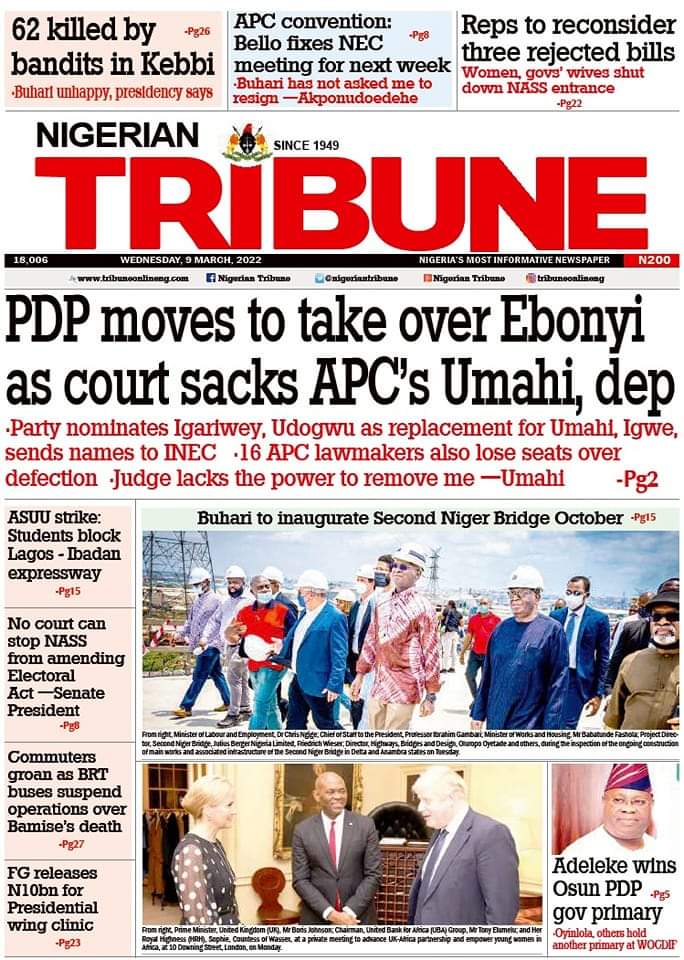 The Nigerian Tribune reports that the House of Representatives will reconsider three rejected gender bills. The newspaper reports that at least 62 vigilantes have been killed by bandits in Niger State.