The harmonization of the Elections Act Amendment Bill by both Houses of the National Assembly has been in the headlines in Nigeria.

The Nation says the extension of the gasoline subsidy scheme has stalled the implementation of the Petroleum Industry Act (PIA). The newspaper reports that the National Assembly has approved the consensus option in the electoral bill with strict conditions. 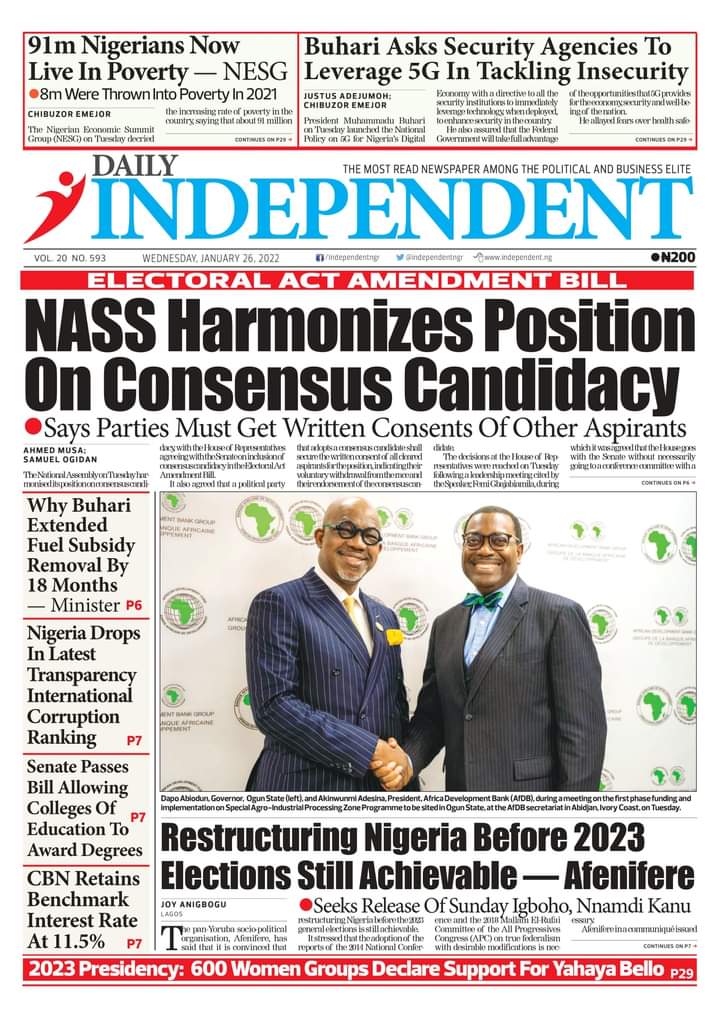 According to the Daily Independent, Nigeria has fallen in Transparency International’s latest corruption ranking. Afenifere, a socio-cultural organization, said restructuring the country was still achievable by 2023, the newspaper reports. 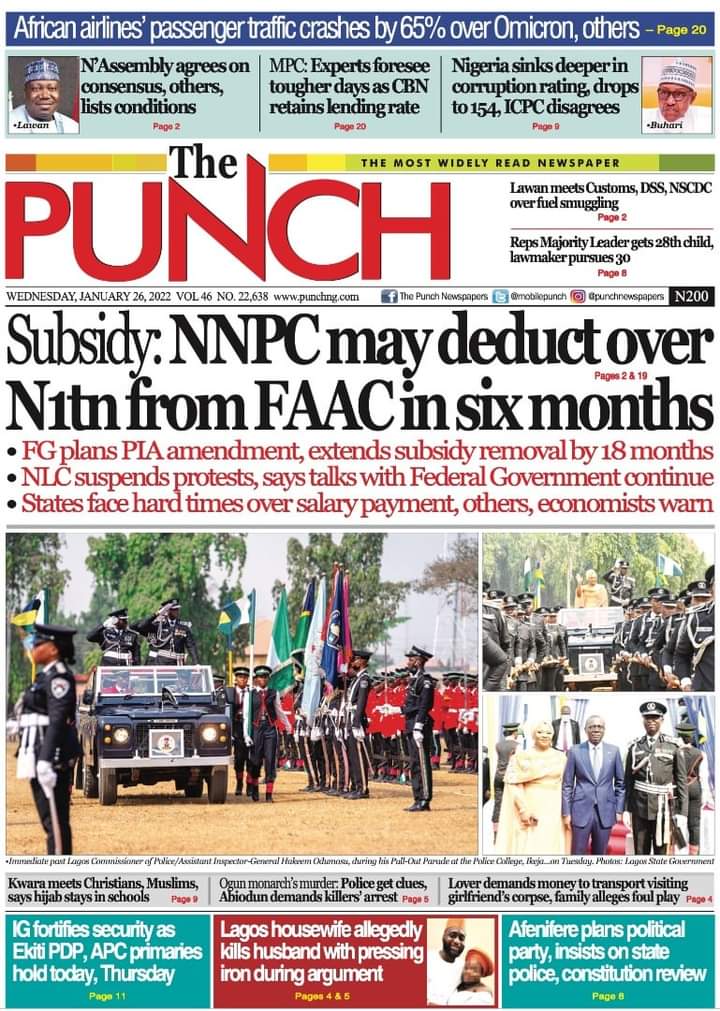 The Punch reports that the Nigerian National Petroleum Corporation (NNPC) can deduct over 1 trillion naira from the federation’s account in six months to fund the petrol subsidy. The newspaper says Usman Baba, the Inspector General of Police, mobilized security guards in Ekiti ahead of the gubernatorial primaries of the two main political parties in the state. 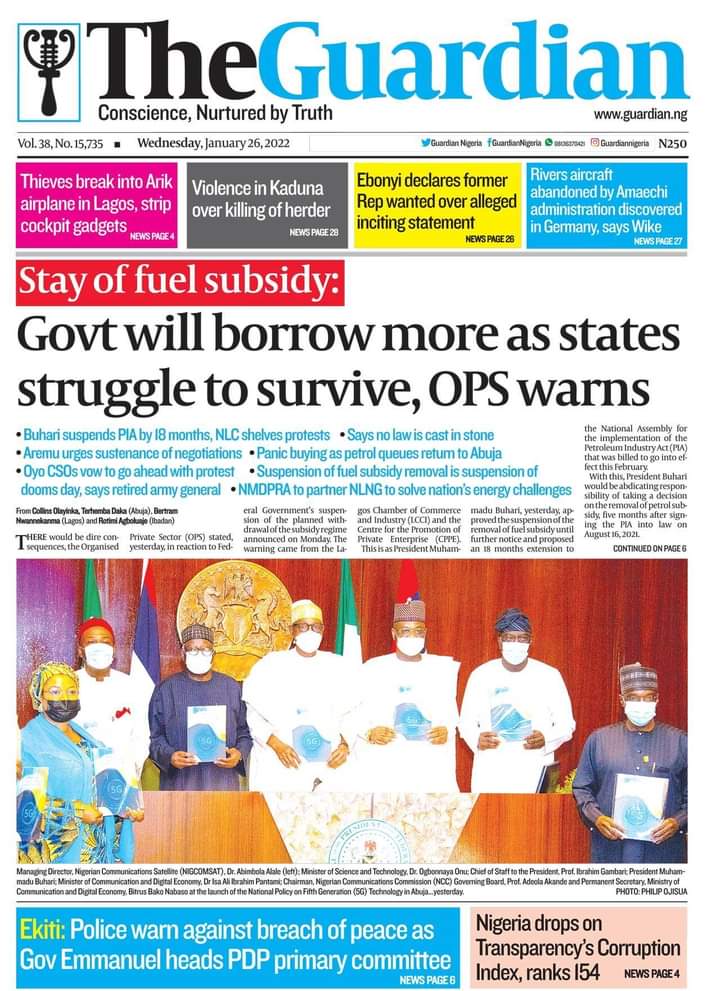 The Guardian reports that the federal government and states will borrow more due to continued petrol subsidy payments. Nyesom Wike, governor of Rivers, said his administration had discovered the state plane which was allegedly abandoned in Germany by Rotimi Amaechi, a former governor, the newspaper reports. 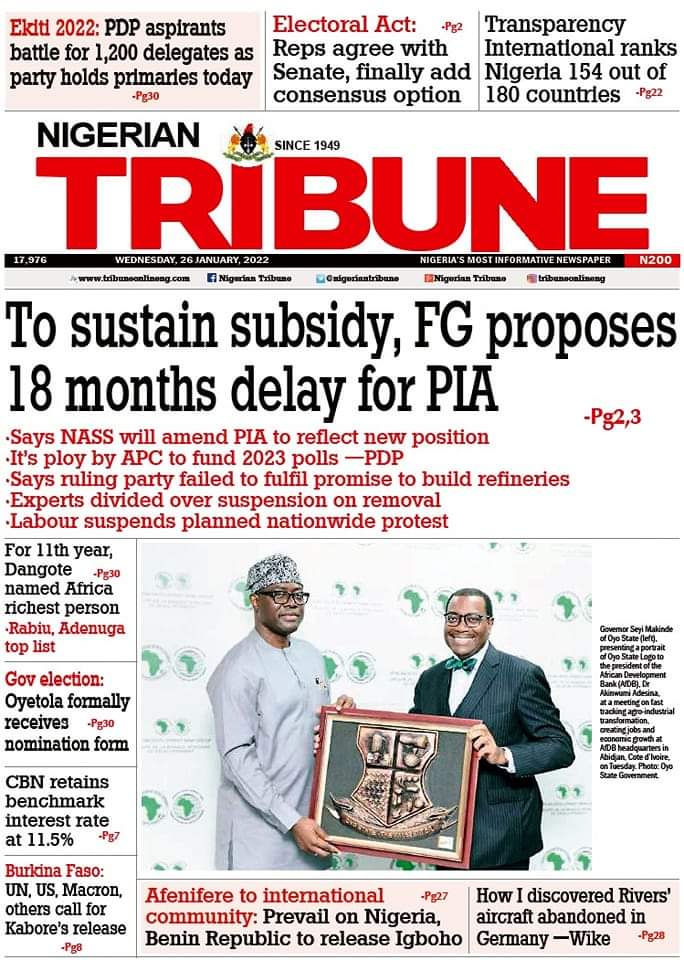 The Nigerian Tribune reports that the Central Bank of Nigeria (CBN) has kept the benchmark interest rate at 11.5%. The newspaper reports that Aliko Dangote has been named Africa’s richest man by Forbes for the 11th consecutive year.