The decision of some northern states to join the Federal Inland Revenue Service (FIRS) in appealing the Value Added Tax (VAT) judgment has made headlines in Nigerian newspapers.

The Guardian reports that 300,000 stakeholders from 10 blue chip companies have abandoned dividends due to inflation and bureaucracy. The newspaper says five northern states are expected to join FIRS in the VAT dispute against Rivers and Lagos. 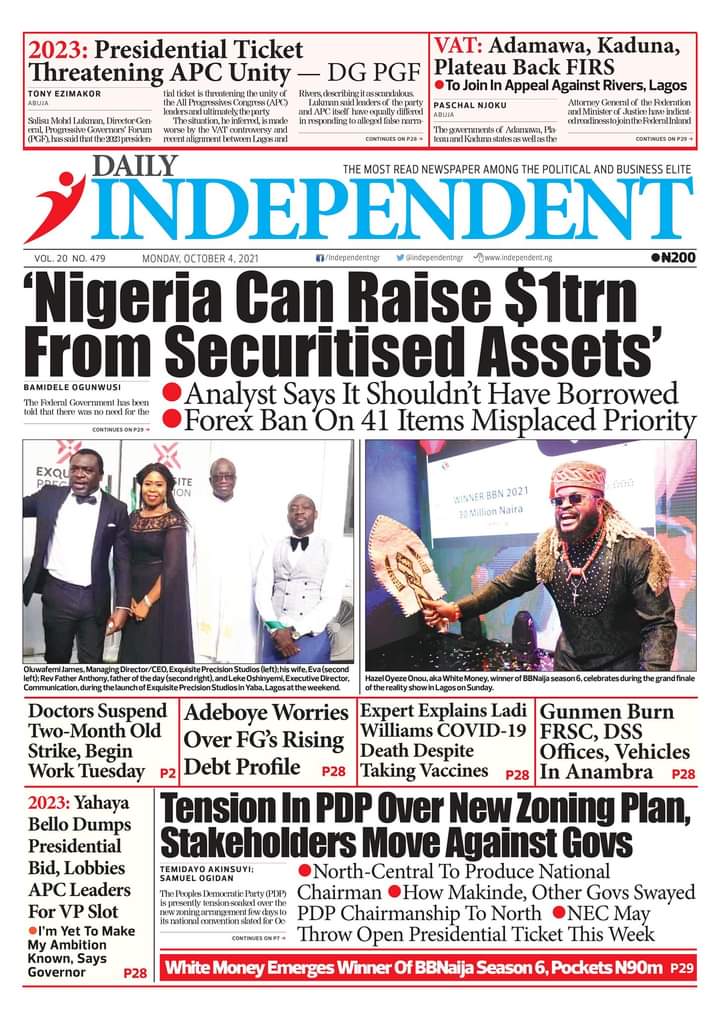 Daily Independent reports that Ayo Teriba, Managing Director of Economic Associates, said Nigeria can raise $ 1 trillion from securitized assets instead of borrowing. The newspaper says there are tensions within the People’s Democratic Party (PDP) over the new zoning arrangement of the party’s national presidency. 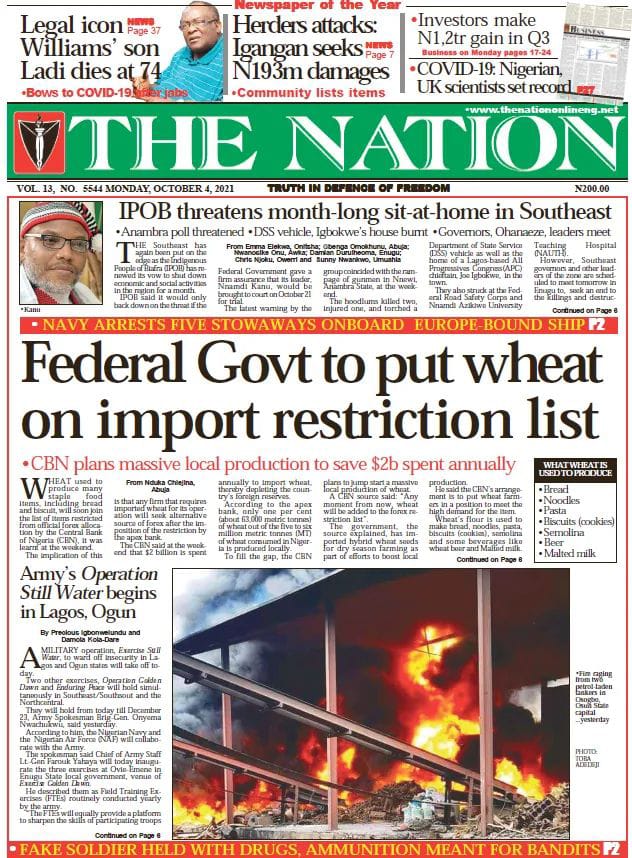 The Nation says the federal government is considering putting wheat on the import restriction list. The newspaper reports that the Nigerian military is about to start new operations in the Southeast, South-South, Southeast and Center-North regions. 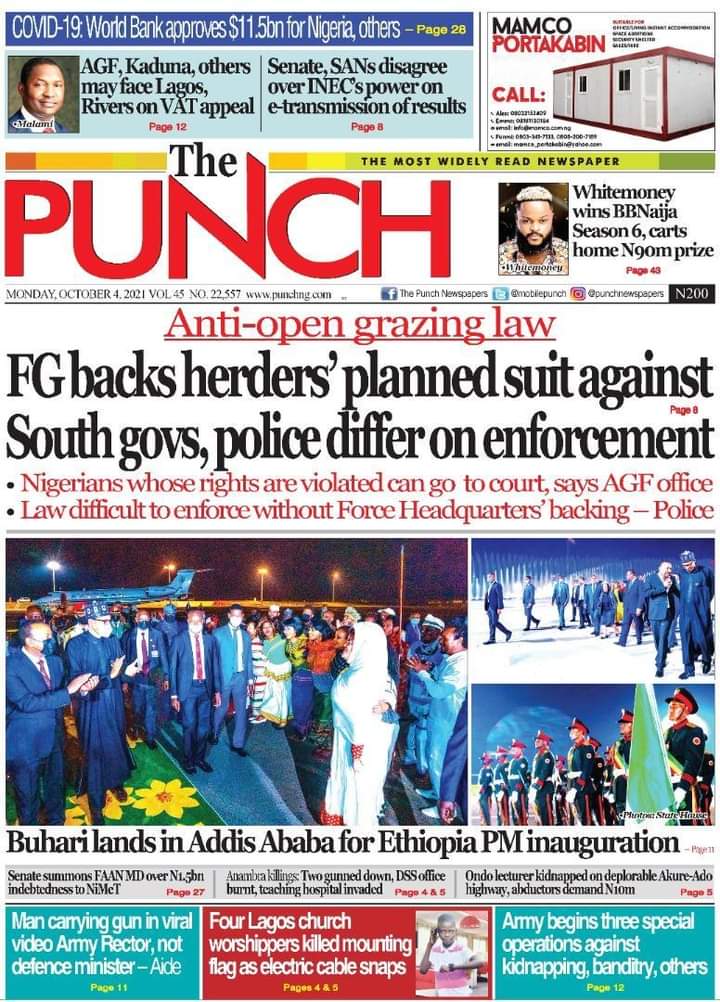 The Punch reports that the federal government has supported a planned lawsuit by ranchers against open anti-grazing law enacted by southern governors. The newspaper says the Senate and some of Nigeria’s top lawyers (SAN) disagree over the power of the Independent National Election Commission (INEC) to transmit results electronically. 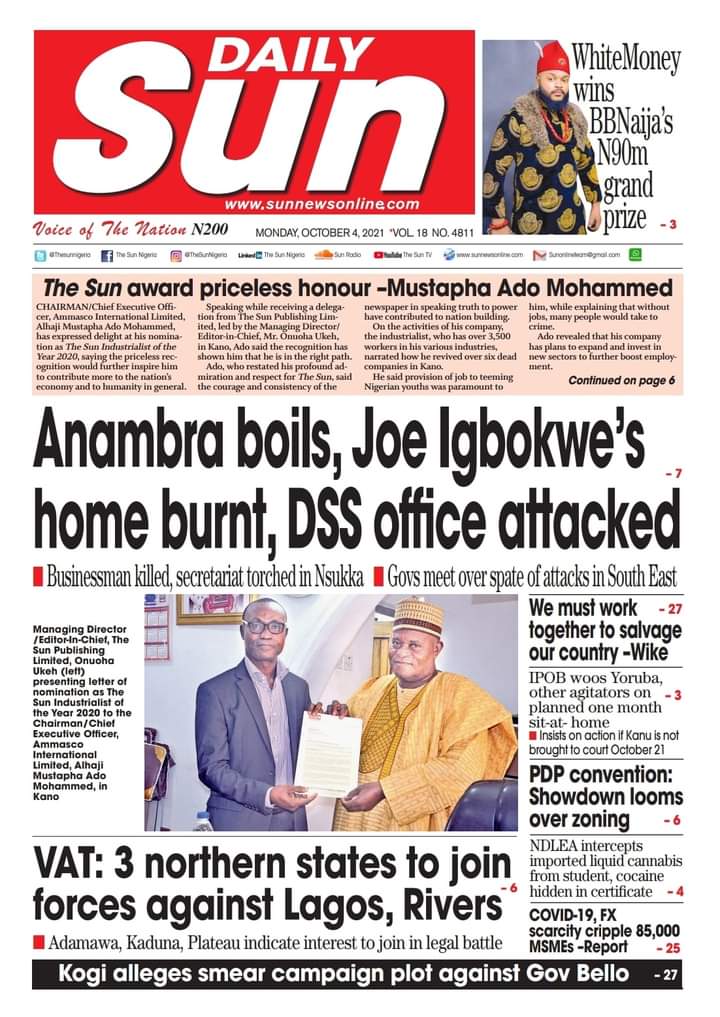 The Daily Sun says Anambra state is witnessing a series of violent attacks as the State Service Department (DSS) operational base and Joe Igbokwe’s house were set on fire by gunmen. The newspaper reports that three northern states are set to join the VAT lawsuit against Lagos and Rivers.