The federal government’s “no work, no pay” directive against striking medical residents made headlines in Nigerian newspapers. 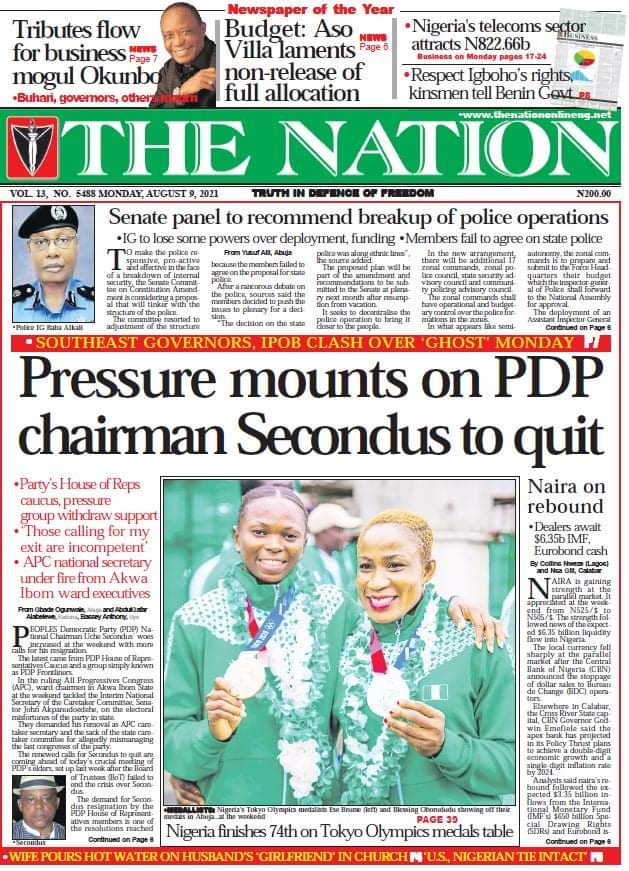 According to The Nation, pressure is mounting on Uche Secondus, national president of the People’s Democratic Party (PDP), to resign from his post in the party. The newspaper said the governors of the Southeast and the Indigenous Peoples of Biafra (IPOB) clashed over the sit-at-home order issued by the group. 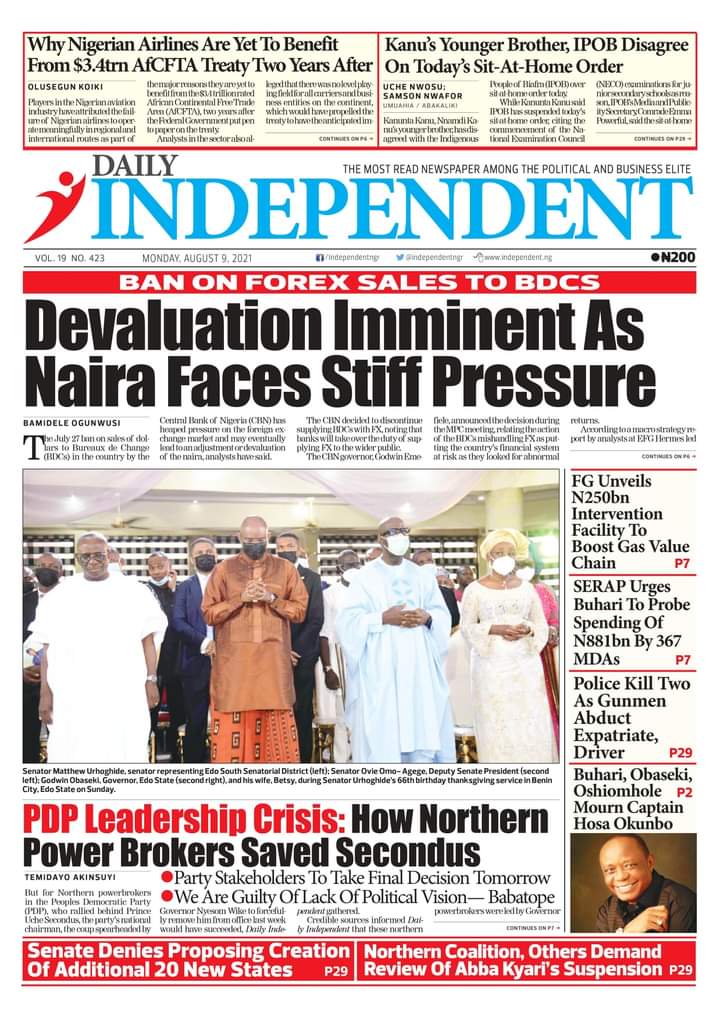 According to the Daily Independent, the ban on selling dollars to exchange bureaus (BDCs) has increased pressure on the forex market, which could lead to a devaluation of the naira. The newspaper reports that PDP’s northern energy brokers saved Secondus from dismissal. 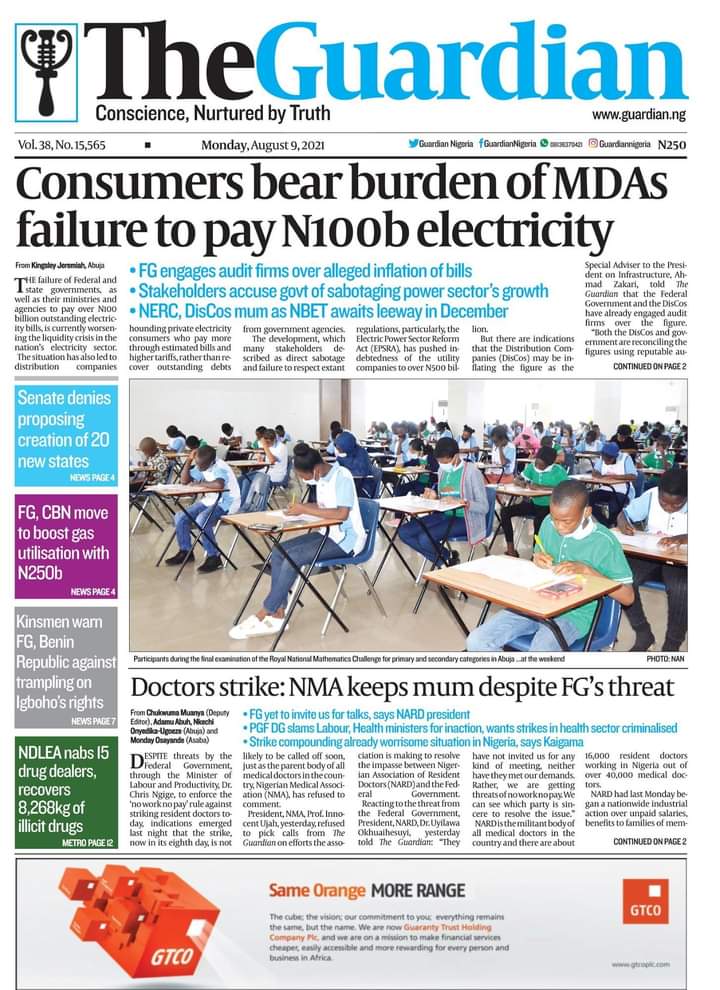 The Guardian says the inability of government ministries, agencies and departments to pay N100 billion in unpaid electricity charges is exacerbating the liquidity crisis in the sector. 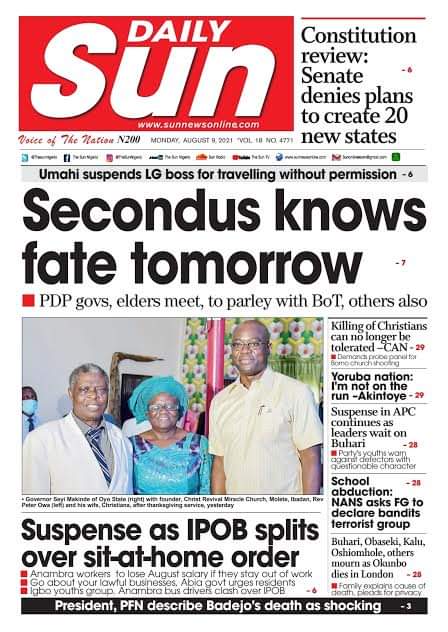 Daily Sun reports that the split in IPOB over the sit-at-home order has sparked suspense. The newspaper claims that the Senate has denied plans to create 20 new states.