Reports of the impending legal battle between the Federal Government and the Academic Staff Union of Universities (ASUU) have dominated Nigerian front pages or newspapers.

The Punch reports that the federal government could lose 7.58 trillion naira in contract disputes and damages if the court grants compensation claims filed by local and foreign companies. The newspaper reports that senior Nigerian lawyers and law professors are ready to defend the Academic Staff Union of Universities (ASUU) in the National Labor Court. 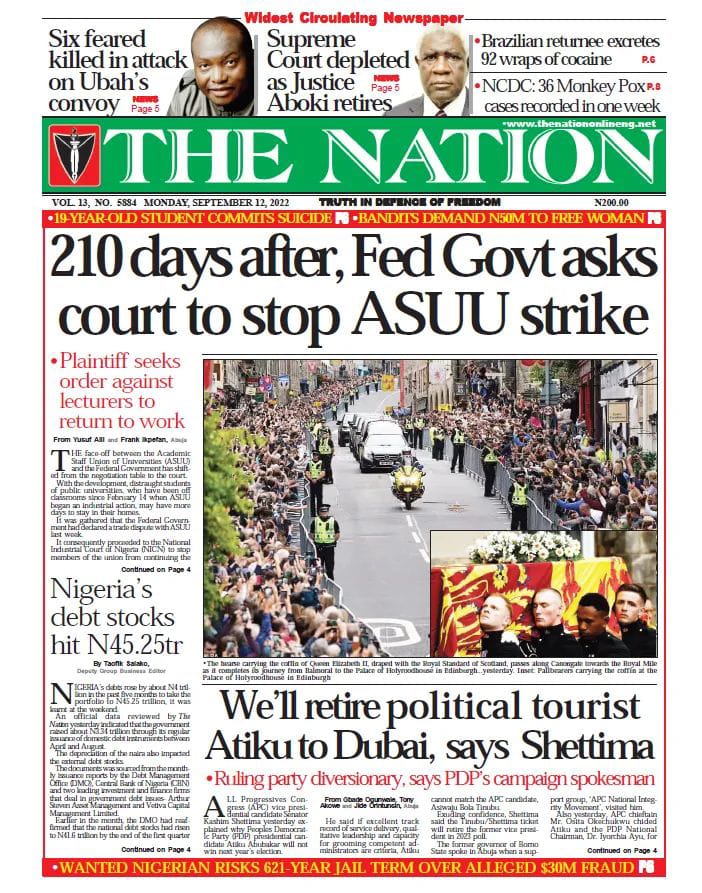 The Nation says Nigeria’s outstanding debt has reached N45.25 trillion. The newspaper reports that the number of Supreme Court judges has fallen to 13 following the retirement of Abdu Aboki, a judge. 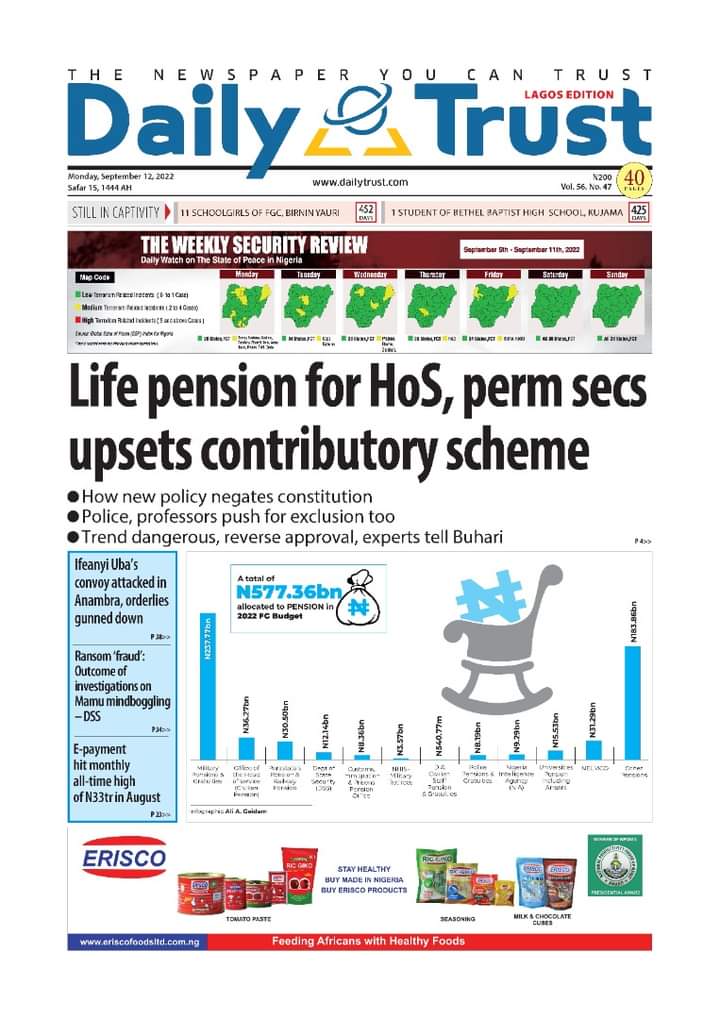 Daily Trust reports that a new pension scheme that provides a lifetime pension for the head of the federation’s civil service and permanent secretaries is shaking up Nigeria’s contributory pension scheme. The newspaper reports that the Department of State Services (DSS) has revealed that the outcome of its investigation of Kaduna train hostage negotiator Tukur Mamu is staggering. 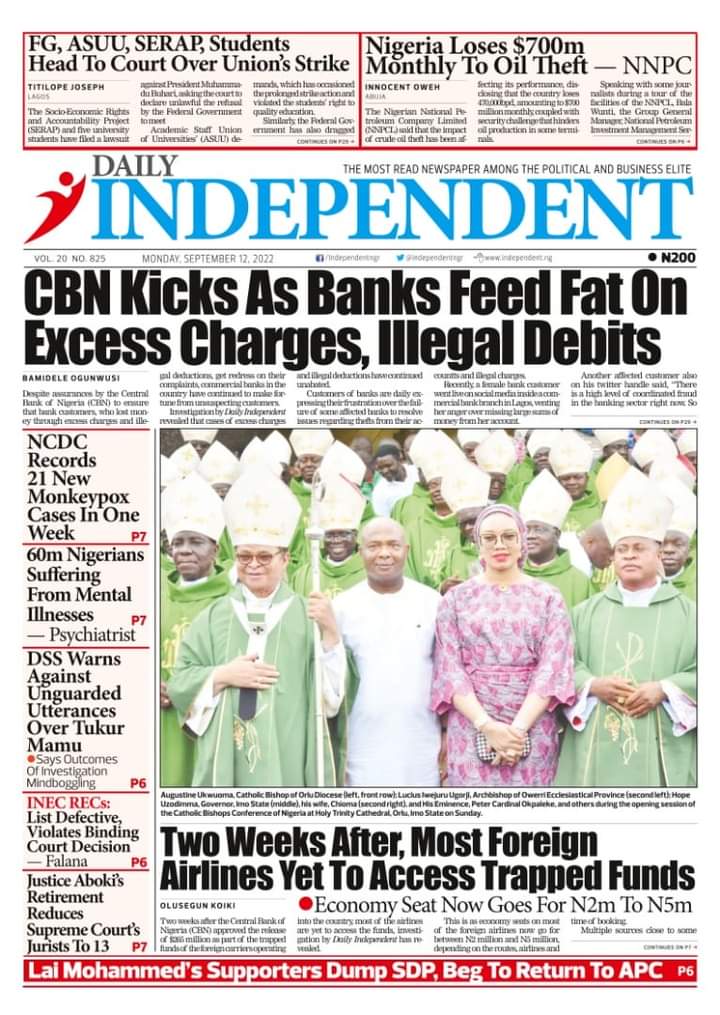 Daily Independent claims that the Central Bank of Nigeria (CBN) has kicked in against excessive fees and illegal deductions by commercial banks. The newspaper reports that most foreign airlines do not yet have access to their trapped funds. 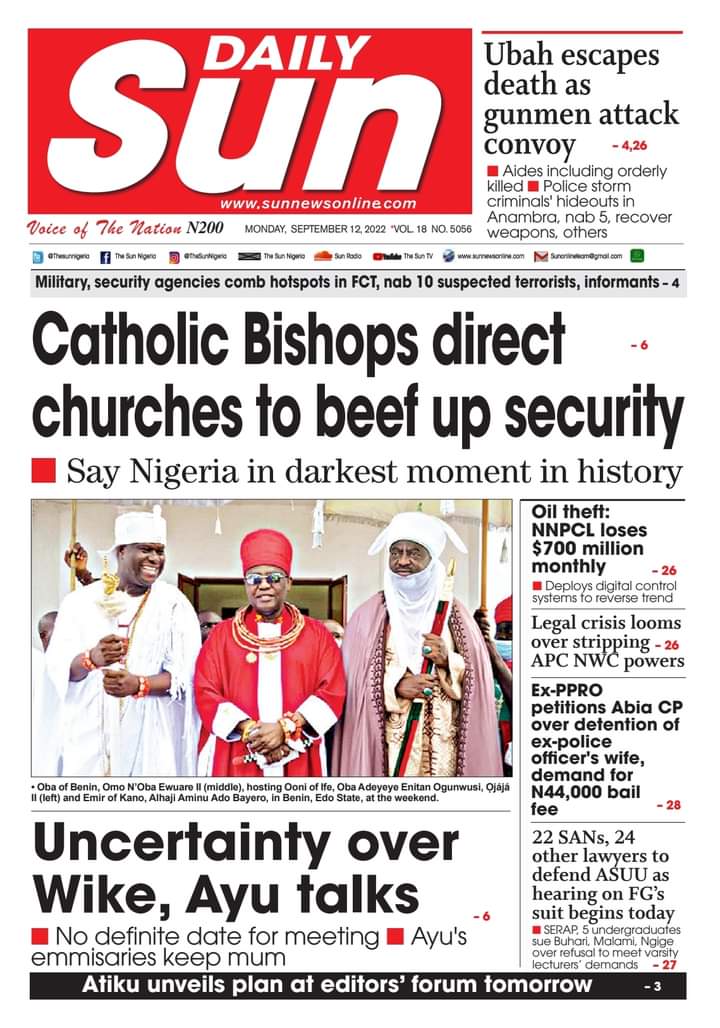 The Daily Sun reports that Catholic bishops have ordered churches to step up security due to growing insecurity. The newspaper reports that Ifeanyi Ubah, a senator representing Anambra South Senatorial District, escaped death following an attack on his convoy in Anambra.