The political permutations of the February 26 national convention of the All Progressives Congress (APC) have made headlines in Nigerian newspapers.

The Punch reports that the APC could zone its presidency seat in the center-north. Senate Speaker Ahmad Lawan said the National Assembly will forward the amended electoral bill to President Muhammadu Buhari this week, according to the newspaper. 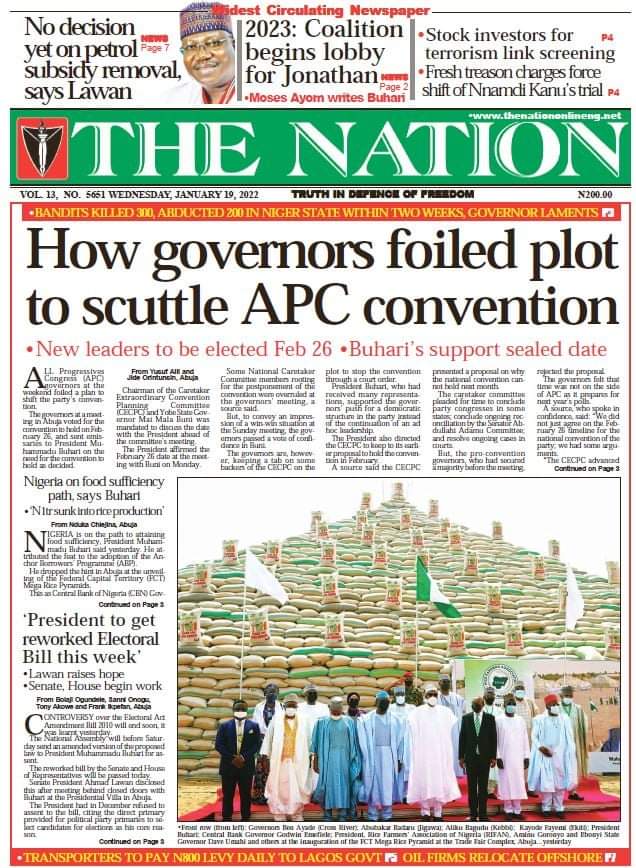 The Nation says APC governors foiled plans to postpone the party’s national convention. The newspaper reports that a coalition named National Coalition for Goodluck Jonathan (NACOJO) has begun mobilizing for the former president on the 2023 presidency. 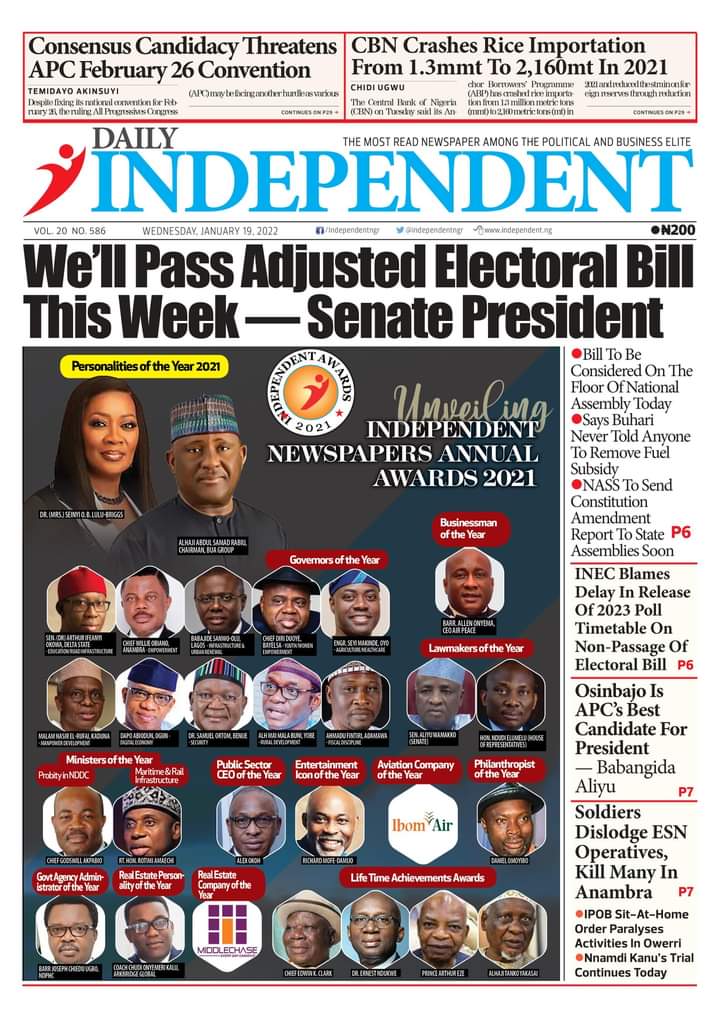 The Daily Independent reports that the sit-at-home order issued by the Indigenous Peoples of Biafra (IPOB) has entrenched activities in the southeastern region of the country. The Independent National Electoral Commission (INEC) blamed the delay in publishing the 2023 election timetable on the failure to pass the Electoral Law Amendment Bill, the newspaper said. 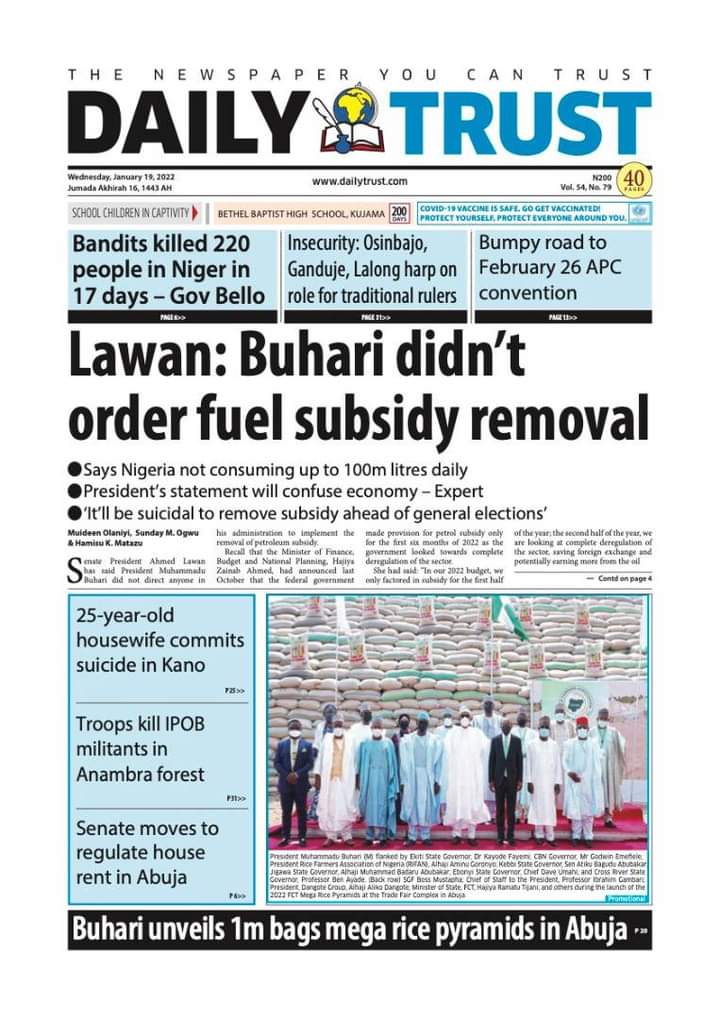 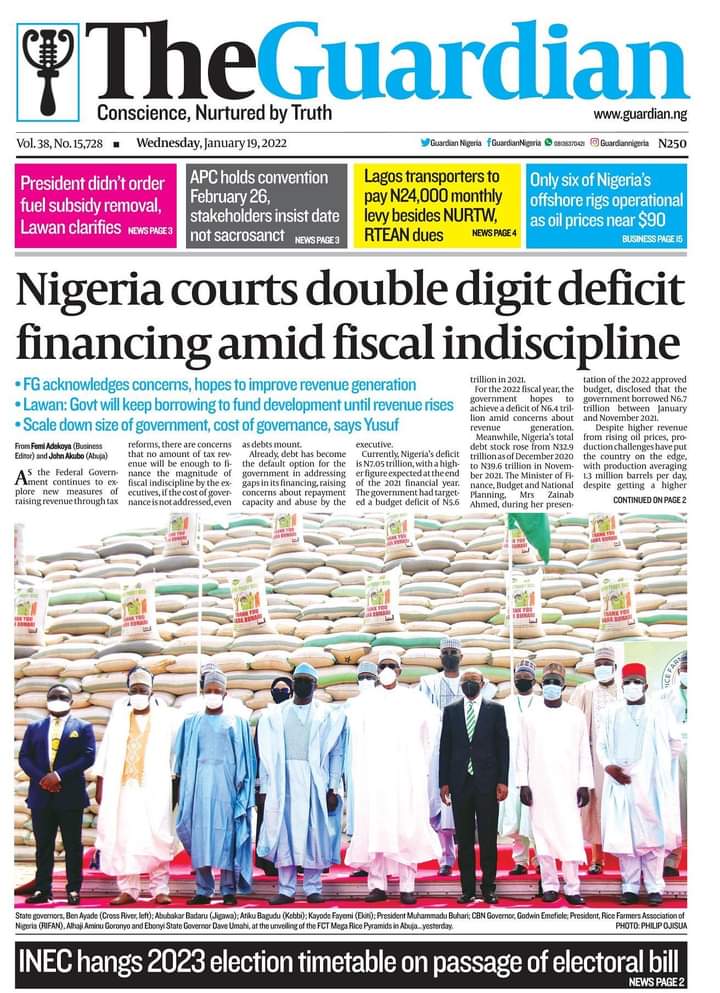 The Guardian reports that commercial motorists in Lagos will pay a daily fee of 800 naira to the state government in addition to transport union dues. The newspaper reports that only six of Nigeria’s offshore rigs are operational.