Further reactions to former President Olusegun Obasanjo’s comment regarding oil ownership in the Niger Delta region have appeared on the cover pages of Nigerian newspapers.

The Punch reports that Arya Consultative Forum (ACF) has supported Obasanjo’s position on oil ownership in Nigeria. Nyesom Wike, governor of Rivers, said he had previously been charged with armed robbery due to his candidacy for local government president, the newspaper said. 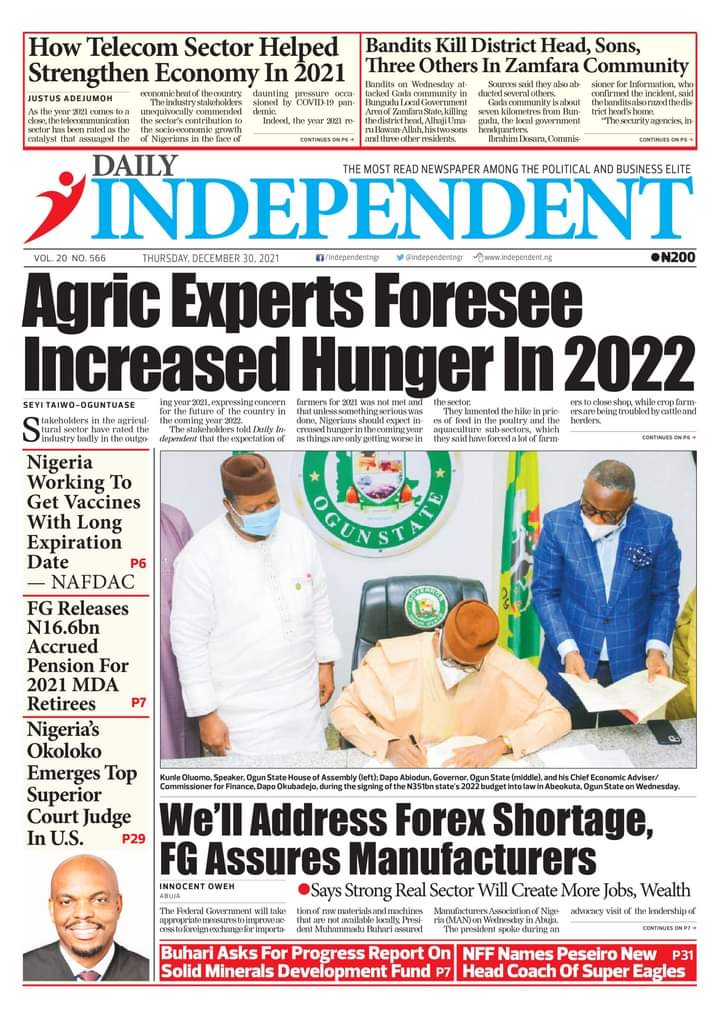 According to the Daily Independent, agricultural experts predict a worsening of hunger in 2022. The newspaper reports that President Muhammadu Buhari has requested a progress report on the solid minerals development fund. 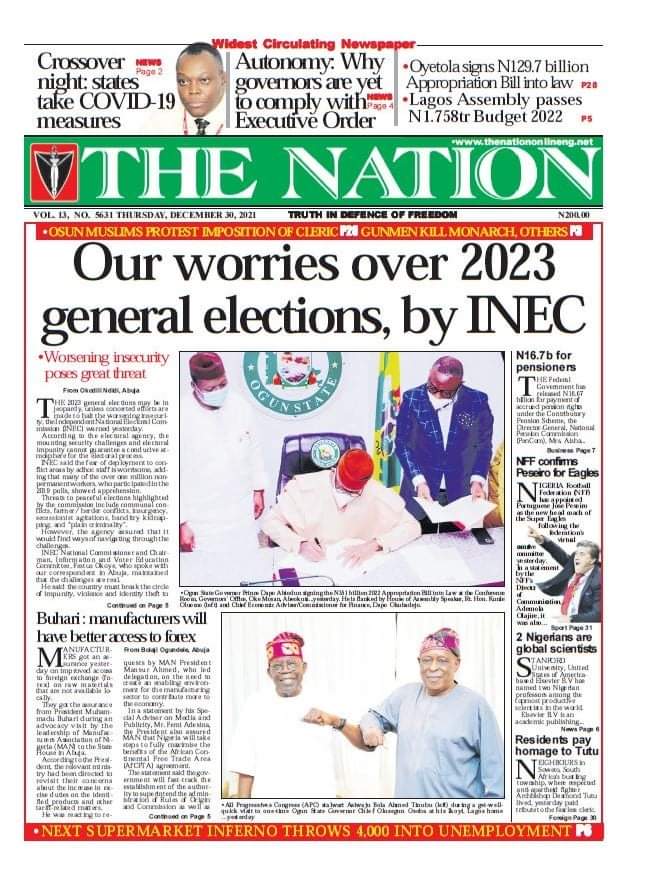 The Nation reports that the Independent National Electoral Commission (INEC) has raised concerns about the 2023 general election. The newspaper says some governors are delaying compliance with the executive decree granting autonomy to the state’s judiciary and legislature. due to the pending Supreme Court verdict. 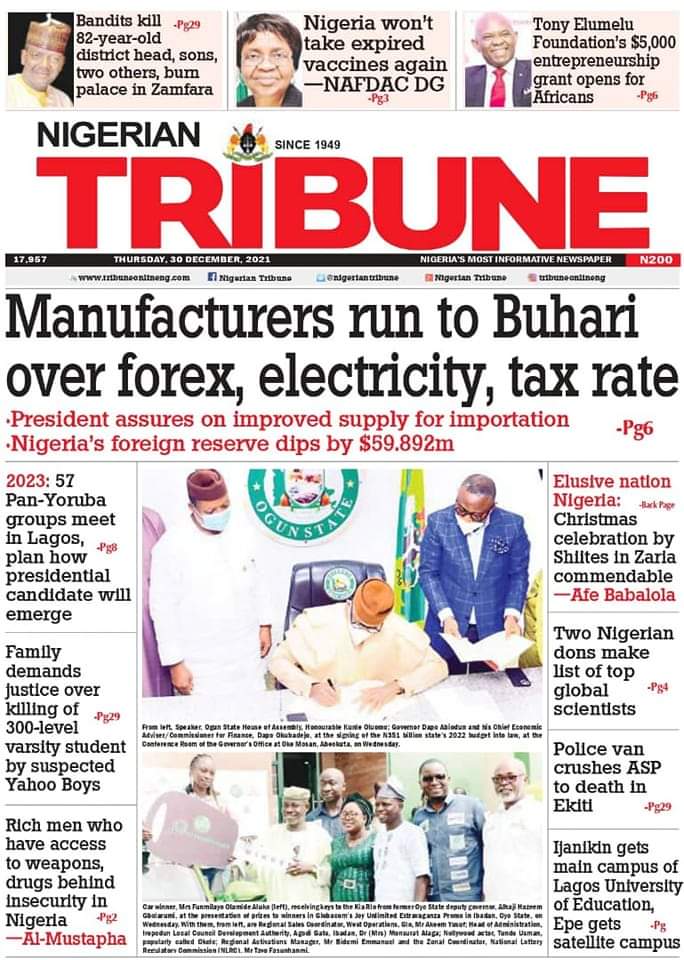 The Nigerian Tribune reports that manufacturers have traveled to Buhari over currency, electricity and tax rate issues. The newspaper says two Nigerian professors have been named among the world’s top scientists. 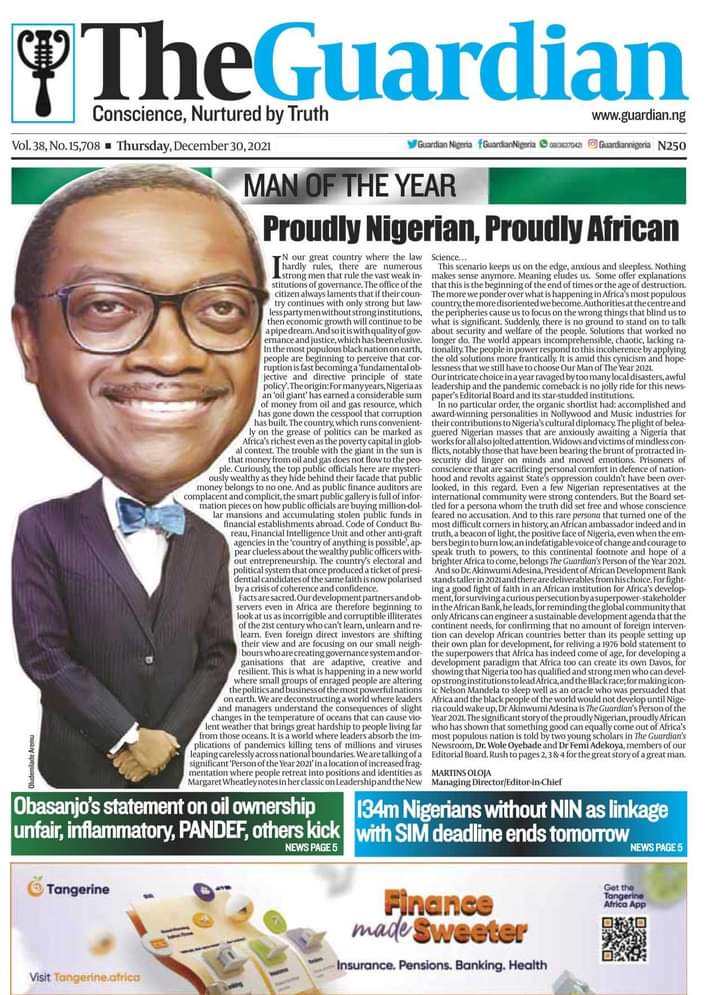 The Guardian reports that around 134.4 million Nigerians currently do not have a National Identification Number (NIN) as the NIN-SIM link deadline ends tomorrow. The newspaper reports that the Pan-Niger Delta Forum (PANDEF) has said Obasanjo’s statement on oil ownership is unfair and inflammatory.