By Jake Ryan for Sunday Mail

Nearly 100 inmates or former inmates work in the poultry and hospitality industry as part of a government campaign to rehabilitate criminals.

Earlier this year, it was reported that the meat processing industry has 14,000 vacancies, or about 15 percent of the workforce. This means that companies have been keen to link up with prisoners on their daytime release to help fill in the gaps.

Training Manager Bryan Hurst said: â€œThe work we do with HMP Norwich gives people the opportunity to change their lives.

â€œNot only does it help them, but it reduces recidivism. It also benefits us tremendously as a company because these people are reliable, work extremely hard and really appreciate this opportunity. ‘

Justice Secretary Dominic Raab recently unveiled a white paper on prison strategy that re-commits the government to helping inmates gain education and skills to reduce the risk of reoffending.

Research by the Department of Justice indicates that inmates who find work after release are up to 9% less likely to reoffend. 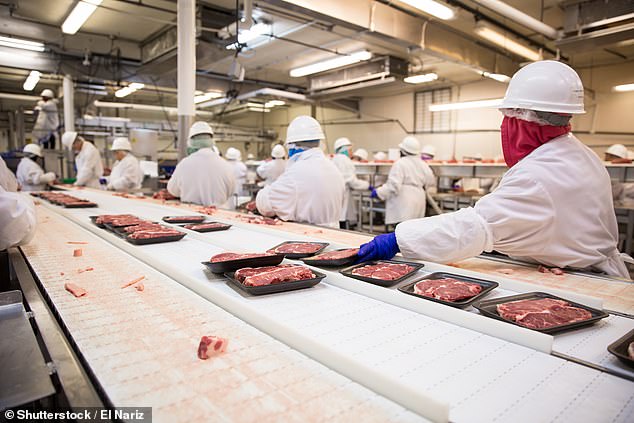 Earlier this year, it was reported that the meat processing industry (pictured in a file photo) has 14,000 vacancies, or about 15% of the workforce.

Pub and brewery distribution chain Greene King is also participating in the campaign to recruit offenders.

It has taken 79 prisoners since 2019 and employed eight more this month.

Graham Briggs, Head of Learning, said: â€œAt Greene King, we believe it is important to focus on an individual’s future and potential, not their past.

â€œWe are delighted to continue our partnership with the Ministry of Justice, which offers career opportunities to those released on temporary license and released from prison.

“These opportunities will help individuals move forward in life, become valued team members, have the stability of a stable income, and build careers.” 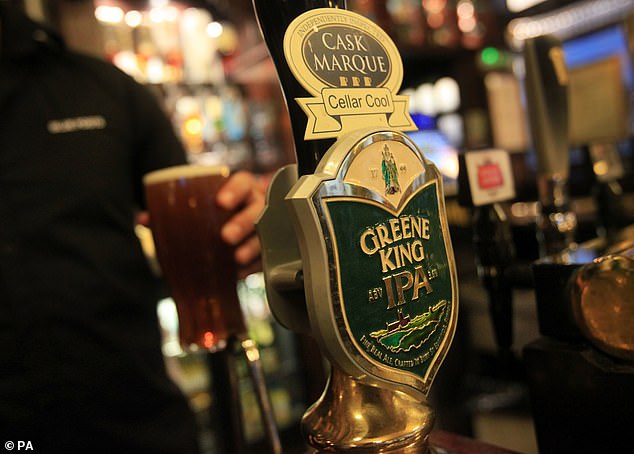 The new strategy will allow counselors to help offenders find work in prisons or outside while on bail.

Employers will interview detainees by video link and there will be “job centers” in prisons.

There will also be more computers in cells to allow detainees under control to attend training or education courses online as well as keep in touch with their families.

Prisons with cell-based technology will drop from four to 11 by next summer.

All detainees will receive â€œresettlementâ€ passports which will serve as CVs and record their education, skills, drug treatment, accommodation and family ties.

Mr Raab said: “Employers like Greene King and Bernard Matthews are leading the way in training prisoners and giving them jobs to prevent crime upon release.”

“As part of our new strategy, more prisons will work with local businesses to help fill vacancies and reduce crime.”