Lucas Rangel finally returned home to Alvorada in southern Brazil last Thursday evening, a week into his journey and still unable to comprehend what happened to him in Ukraine.

He can’t erase the images from his mind. Nor can he stop worrying about his teammates who stayed to fight or those Brazilian footballers who have yet to escape the nation bombarded by Russia.

“All my prayers go out to Ukraine,” says the 27-year-old. “Please use this story to make people understand what is happening.” 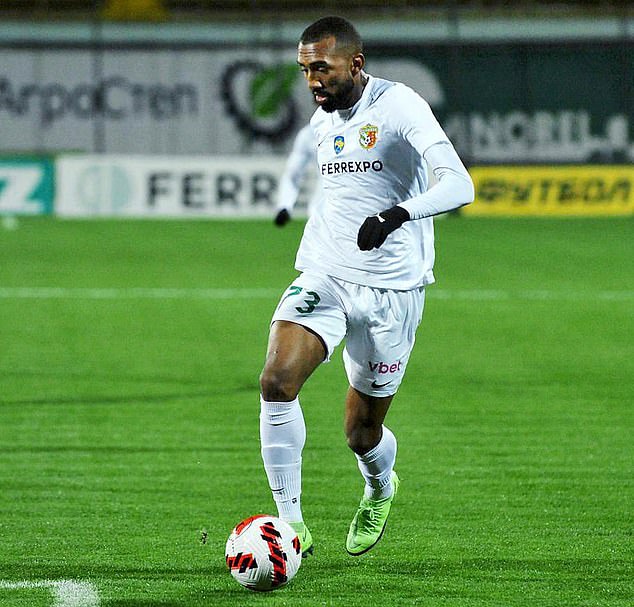 Brazilian striker Lucas Rangel, who plays for Vorskla Poltava, was among those on the run

Lucas is a striker, who moved last summer from Finland to the Ukrainian Premier League, where he joined Vorskla Poltava, from the city of Poltava, located between the capital Kiev and its second city Kharkiv, to the east.

The team had taken their winter training break in Turkey and returned to Poltava on Monday February 21, three days before the attack they feared would occur. He had already asked for help from the Brazilian embassy to leave Ukraine, but no help was received and soon he found himself alone.

“I spent the day thinking about how I could get out of this,” Lucas said. “I had cash on me and the car had a full tank of fuel, but the town was already in chaos. There were a lot of people in the supermarkets, there was a limit of 20 liters of gasoline. It was already a scene of war.

That night, he and two friends, Brazilian priests who had worked in Poltava for eight years, took to the streets, aiming to reach Lviv and the Polish border. Lucas took a backpack with water, cookies, a banana, and two power banks to charge his phone battery. He updated his wife and two children at home in Rio Grande do Sul, sending videos to reassure them. 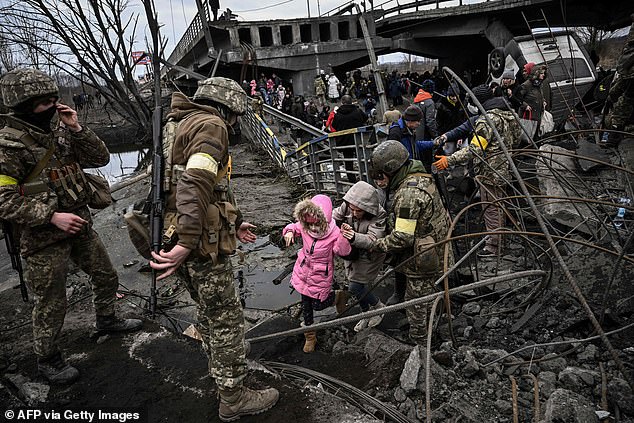 Refugees, women and children embarked on a gigantic and deadly journey to the Polish border

“Man, we’ve seen a lot,” Lucas says. “People abandoning their cars, their homes… I left almost everything behind me. The owner called me on Thursday to ask what he should do with my stuff. I told him to keep what he can in a box and take the rest. We couldn’t leave with much.

The most direct route to Lviv was through the outskirts of Kiev, but the capital was under fire and they opted for a longer route.

“We were afraid of dying and there was a chance. We took a longer route and continued. Even then, we heard one of the Russian planes coming towards us in Kiev, and we were afraid that they would shoot and hit us. Social media has proven to be an essential tool.

Through his agents, Lucas got in touch with a US-based Brazilian influencer called Anderson Dias, who was desperate for help to save his Ukrainian girlfriend’s mother.

Tetiana was in Kremenchuk, south of Kyiv, and Lucas agreed to do what was only a minor diversion and pick her up. “I joined her, she had to leave everything behind,” he said. “By car, to reach Lviv, it would normally take around 13 hours. Our trip took 30. I couldn’t sleep. I did not sleep.

“We saw Ukrainian soldiers, a cannon that had blown a hole in a car and many abandoned animals. My wife knew my location wherever we had internet. I thought that if something happened to me, at least she would know where I was. We had to abandon the car to reach the Polish border. 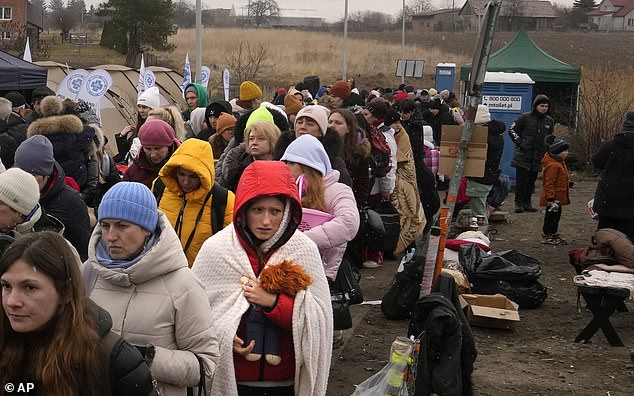 Rangel was among huge crowds showing up at the border, desperate to get out of Ukraine

They walked for five hours, sometimes in snow with temperatures of -6°C. “I carried my backpack and also Tetiana’s, feeling the pain in my body and I’m still in pain, but there was so much adrenaline. I forgot to eat. I felt dizzy from lack of sleep. It was as if someone had hit me on the head. But we had to continue.

Lucas didn’t sleep until he reached Poland. The border was crowded and progress was slow. His attempts to make a fire in the street failed when the snow fell again.

“I have seen Ukrainian fathers saying goodbye to their families. The women and children could continue, but the men were obliged to stay.

“People were rude at the border. They pushed us away several times. A friend of mine almost fell. The children were crying. People were suffering. It was like that. Thank goodness we were able to walk through and leave this hell behind us.

Tetiana traveled to Poland by bus, and after crossing the border, Lucas was able to book a hotel room and get seven hours of sleep. Dias knew a Brazilian businessman called Leonardo Freitas, who arranged a flight to Portugal.

From Portugal, Lucas was able to fly to Brazil, relieved that his wife and two children had changed their initial plans to join him in Ukraine after the training break in Turkey.

“It would be a thousand times more difficult to do all that with them,” he admits with emotion. “I was one of the few people worried about an invasion. The Ukrainian people didn’t believe it, the club didn’t believe it… neither did the embassy. 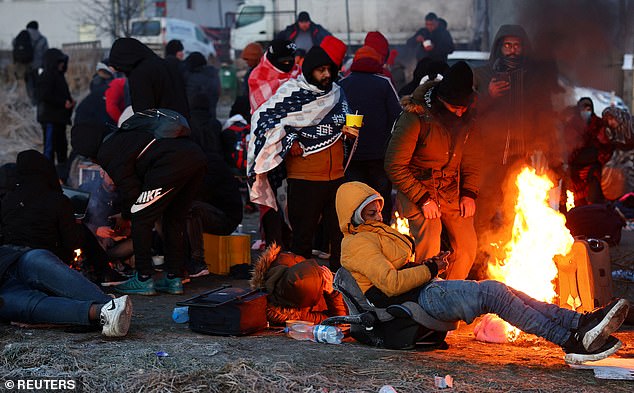 ‘I gave an interview before all of this, talking about my concerns, and people were laughing at me saying, ‘You can sleep in my bunker if something happens’ and things like that. One apologized. Man, that was so sad. These brave people in the face of all this… a country in which I was happy, well played, well treated.

“When the war broke out, I could only think of my family. I can’t imagine how the Ukrainian people feel.

Lucas is waiting for FIFA, which plans to suspend all Ukrainian football contracts. In doing so, he cherishes his family and prays for Ukraine and his fellow Brazilians who are still trying to escape war.

“There are a lot of refugees there,” he said. ‘We cannot forget. There are many Brazilians trying to escape, but they don’t know how. There is a lot of desperation and things are getting complicated.

“I don’t have contact with my colleagues and I think they are probably facing this war head-on. It’s so sad. I find it hard to turn this grief into a mere memory. I still have everything in mind.